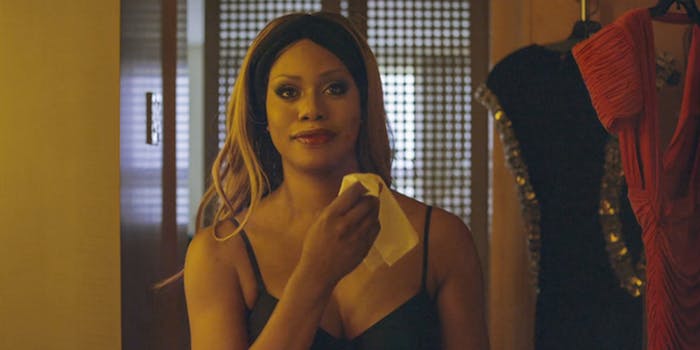 Laverne Cox has been everywhere lately: She’s one of the stars of Netflix series Orange Is the New Black, was just nominated for an Emmy, and now she can be seen in John Legend’s new video for “You and I (Nobody in the World).”

The video is a montage of sorts, a commentary on body image. We see women of different ages and stages of life, including a woman revealing mastectomy scars and a boxer with a bloody nose. Comedian Tig Notaro and Legend’s wife, Chrissy Teigen, are also featured, as Legend gets to the point of the song: You’re beautiful just the way you are.

That sentiment can sometimes get a little muddled when it comes from a man, but it’s still better than those Dove commercials.