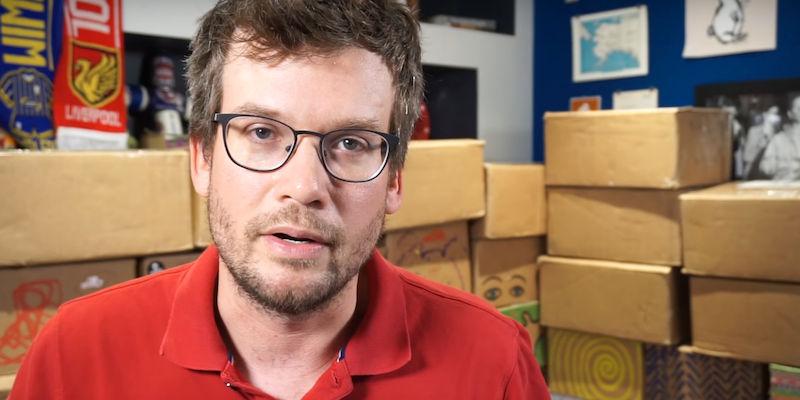 The 'Fault in Our Stars' author has a new book that involves 'Star Wars' fan fiction.

Author and YouTuber John Green has a new book—with an odd title.

Thursday at VidCon, Green announced the release date of Turtles All the Way Down, the follow-up to his 2012 book-turned-movie The Fault in Our Stars.

Thrilled about @johngreen's new book Turtles All the Way Down. #VidConUS Nerdfighter crowd is excited for October 10! 200,000 signed copies! pic.twitter.com/AHfOo7rR8d

According to a press release, the book is about 16-year-old Aza Holmes, a woman who’s struggling with her mental health and trying to figure out the disappearance of a billionaire. The release also mentions “Star Wars fan fiction.”

The phrase “turtles all the way down” is associated with cosmology, though it’s unclear in which century it originated. Stephen Hawking included a passage in his book, A Brief History of Time, in which a scientist giving a lecture is corrected by a woman who’s sure the earth is flat and resting on the backs of infinite turtles.