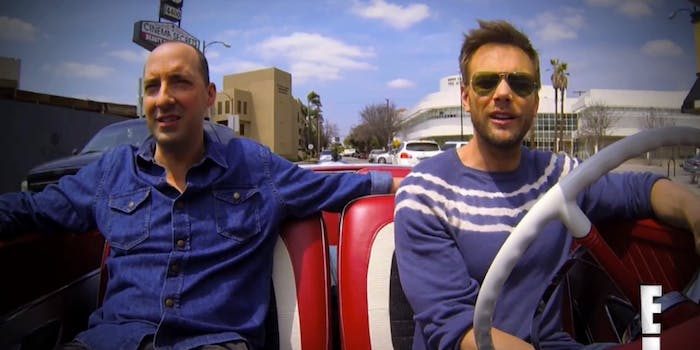 Joel McHale spoofs Seinfeld with ‘Comedians in Cars Getting Cocaine’

What's the deal with cocaine, Joel?

What’s the deal with cocaine? Just ask anyone on Joel McHale’s answer to Comedians in Cars Getting Coffee.

The original Jerry Seinfeld web series is well into its fourth season on Crackle where he and his guests drive around in fancy cars and talk intimately about comedy and their careers while sharing a cup of joe together. It’s a well-oiled machine, even when the guest isn’t necessarily a comedian, but it can also be a bit absurd at times.

It rings just like a regular episode of CICGC from the old car to the focus on Hale’s work on Arrested Development and Veep with lots of talk about cocaine, but it quickly escalates into a drug deal gone wrong. But a host has to do his job. He’s just along for the ride.