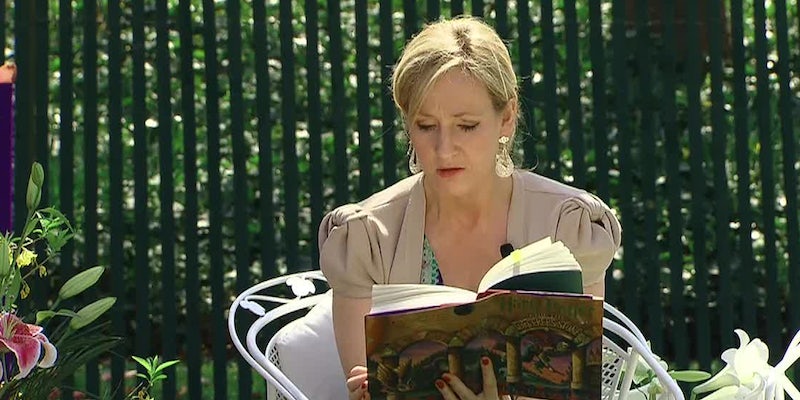 Rowling used her magical Twitter powers in the fight for sanity.

Harry Potter author J.K. Rowling has taken to Twitter to condemn a comment made by News Corp boss Rupert Murdoch in the wake of the attacks on the Charlie Hebdo offices in France.

Murdoch used Twitter to call “Moslems” to task over the incident collectively, saying that they should be held responsible for the actions of the terrorists.

Maybe most Moslems peaceful, but until they recognize and destroy their growing jihadist cancer they must be held responsible.

Rowling responded with her own tweet, claiming that being born as a Christian must make her responsible for Murdoch, as well as any other atrocities done in the name of her religion throughout history.

I was born Christian. If that makes Rupert Murdoch my responsibility, I'll auto-excommunicate. https://t.co/Atw1wNk8UX

.@dom209 The Spanish Inquisition was my fault, as is all Christian fundamentalist violence. Oh, and Jim Bakker.

Murdoch has not responded to Rowling’s tweets, and has moved on to complaining about New York Mayor Bill de Blasio.

Score one for Rowling.

H/T The Guardian | Photo via Wikimedia