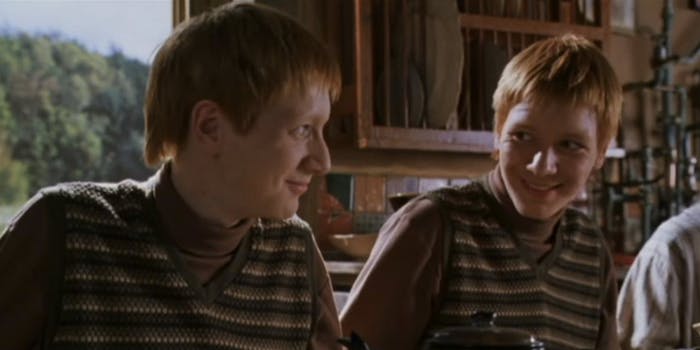 J.K. Rowling is ‘really sorry’ about that whole killing off Fred Weasley thing

The 'Harry Potter' author does penance on the anniversary of the Battle of Hogwarts.

Harry Potter’s Fred Weasley might still be dead, but at least J.K. Rowling feels super bad about it. On Saturday (May 2), which happens to be the 17th anniversary of the Battle of Hogwarts, the author took to Twitter to apologize for the death that left fans in endless tears.

“Today I would just like to say: I’m really sorry about Fred. *Bows head in acceptance of your reasonable ire*,” writes Rowling.

Fred, one half of the beloved Weasley twins, was shockingly killed off in 2007’s Harry Potter and the Deathly Hollows at the hands of one of Voldemort’s lackeys. And although his death was surely a terrible one, he wasn’t the only character fans were sad to see go. In response to Rowling’s admission, one Twitter user asked if the author was sorry about killing Tonks and Lupin.

“I thought I might apologize for one death per anniversary,” Rowling tweeted in response. “Fred was the worst for me, so I started with him.”