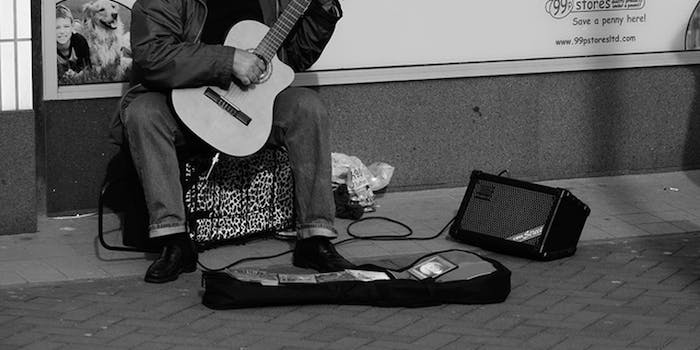 British group Bronski Beat had a hit in 1984 with the synth-pop single “Smalltown Boy,” which became even more well-known in Germany. The band’s singer, Jimmy Somerville, just happened to be in Berlin when he (and his adorable dog) heard a familiar sound.

This video, uploaded by Onkel Bernis Welt, shows what happened next. As a busker performs “Smalltown Boy” on the street, Somerville pops into the frame. The busker is a bit confused, but he goes with it. The two begin an impromptu duet, and together they nail the harmonies.

Of course, this could have been staged, or the two might know each other. Spin points out that the man with the guitar is Jonas Mann, who cohosts a German webseries called Onkel Berni’s Butze. The other host might have been filming. Somerville posted the clip to his official Facebook page, but said little else.