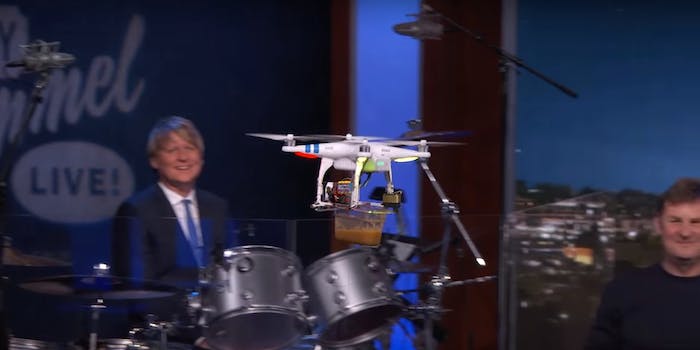 All aboard the gravy drone!

Jimmy Kimmel is adding some technology to the traditional Thanksgiving dinner table, and we’re surprised someone didn’t think of this sooner.

Whether you’re on your third plate of turkey and stuffing or just starting out, it’s going to be hard for many of you to pass the gravy—we’ll either be stuffed or lazy. But with a drone to move it around the table with ease, all we have to do is use a controller and soon enough we’ll be in Gravy Town.

Based on the first test run, however, Kimmel might need to go back to the drawing board to figure out some modifications. Maybe next year.