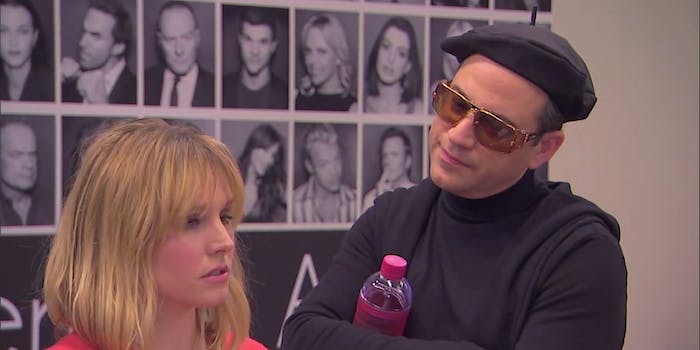 Jimmy Kimmel shows how he teaches Hollywood’s finest to act

Behind every great actors or actress is the person who taught them everything they know. On Sunday night, the world learned that, in Hollywood, that person is Jimmy Kimmel.

In his annual post-Oscars special, Kimmel brought together more than a dozen actors (and producer Harvey Weinstein) to shower praise on the “Kimmel School of Perfect Acting.” After all, Kimmel’s teachings have built up some of the most successful actors of the past generation.

“Every moment in which you aren’t acting is a moment that you are dying,” Kimmel says, bestowing his wisdom upon the next generation of actors.

Kimmel is ever the overbearing and abusive acting coach, pushing these actors and and actresses to their limits and making them conquer their fears—which, most of the time, revolve around him. He’ll smack you until you get it right, make you act your way out of a paper bag to prove that you can, and even ruin marriages if he needs to go that far.

But Kimmel is the dude behind the Dude and he can get it done, so Hollywood’s royalty will continue to put up with it.

And what would a Kimmel sketch be if it didn’t feature him mistreating Matt Damon, who wants nothing more than to play a person instead of a lamp or a chair?