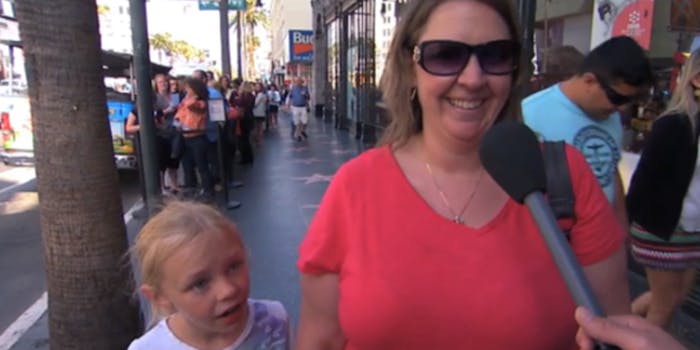 Watch these moms mortify their kids on ‘Jimmy Kimmel Live’

On last night’s show, Jimmy Kimmel made sure we all remembered Mother’s Day is on Sunday by asking moms on the street the most shocking things their kids don’t know about them.

“A lot of people operate under the illusion that their mothers were never young,” Kimmel says, before accusing “your mother, in particular” of being a pervert. So they went out to Hollywood Boulevard to prove it.

Perhaps unsurprisingly, many moms like pot. (My mom asked me if I wanted to smoke weed a few Christmases ago, and I’m still silently screaming about it.) These ladies also apparently like carpenters, plumbers, mud wrestling, and joking about adoption.

This should make for some fun conversations over brunch on Sunday.