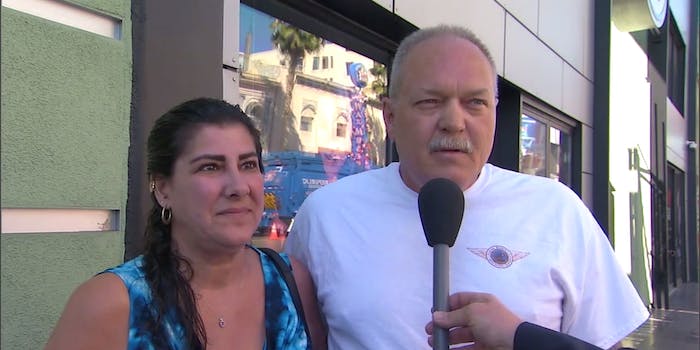 'Did Gonzaga go too far when it recruited an 8-year-old?'

March Madness has already had its share of upsets and insane moments, but it’s nothing compared to the big stories that people make up when they’re talking to Jimmy Kimmel’s team.

At this point, you’d think enough people had seen Kimmel’s “Lie Witness News” segments that the late-night host would have a hard time finding people willing to risk a televised lie. In this video, the show’s producers grill random people on the street about the highlights of the NCAA basketball tournament, and true to form, they don’t know a thing.

We’re glad that the bitter rivalry between the University of Phoenix and DeVry University is finally getting the prime time attention it deserves. The incredible story of Gonzaga’s 8-year-old prodigy similar deserves the spotlight that one passerby gives it. And would it really surprise anyone if Kanye West performed with those giraffes (in a possible upstaging of Katy Perry’s Super Bowl performance)?