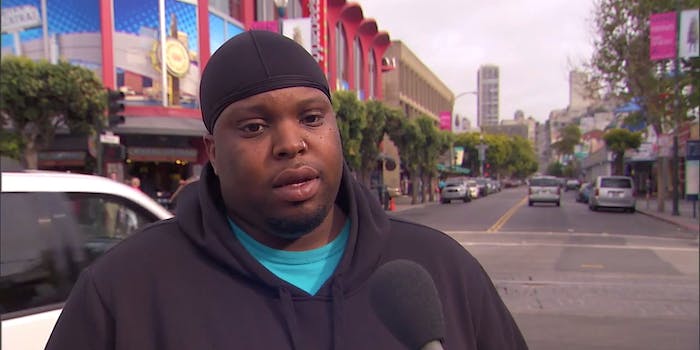 That One Direction defense will never be the same without Zayn Malik.

The Golden State Warriors are in the NBA Finals for the first time in 40 years, but some of their fans don’t know the first thing about the team.

To be fair, between the NBA, the Stanley Cup Finals, and the Women’s World Cup all taking place at once, it can be difficult for the casual sports fan to keep track of everything—even his or her home team. To show how much people are willing to lie about what they know to get on TV, Jimmy Kimmel once again sent out his Lie Witness News crew to Oakland, California, to stump them.

The lies are even more apparent than in previous segments. The crew still manages to dupe everyone with all of the celebrity callouts, but some people are starting to see through the veils. You can’t fool everyone anymore, Kimmel.