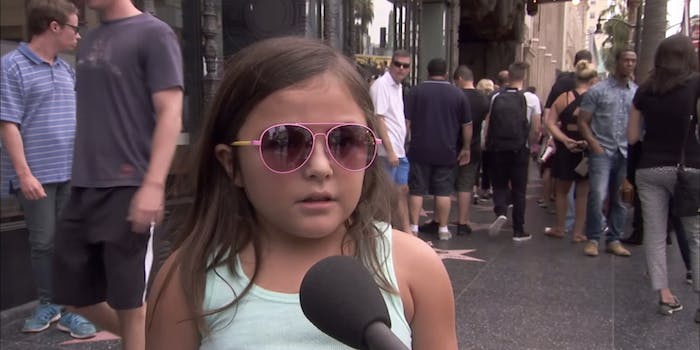 Jimmy Kimmel got kids to explain adultery in hilarious ways

More than 36 million Ashley Madison users are at risk after hackers threatened to expose them, but Jimmy Kimmel is thinking of the real victims of that potential data release.

When the hack produces the inevitable divorces, it’ll be hardest on younger kids, because many of them might not understand what’s going on. Kimmel decided to give them a head start by asking them if they knew what the word adultery meant.

Their definitions of adultery are a lot better than the real thing, but even when the interviewer asks them to define cheating, their answers are still mostly filled with childhood innocence. Never change, kids.