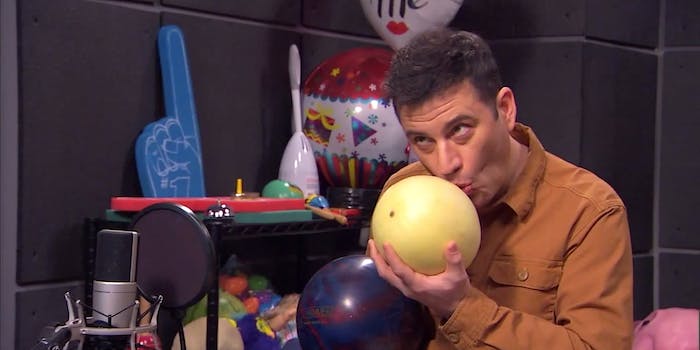 You might never look at a melon the same way.

There’s a lot of kissing on The Bachelor, as well as the sound effects you don’t always notice when you’re in the midst of the act itself. Since the mics might not always pick up those sounds, there’s someone to help that along.

Jimmy Kimmel is a fan, but he also helps behind the scenes as a sound foley for the show, which basically involves putting the right sound effects in to match the screen. After seeing how he recreates the smooch sounds behind the scenes, you won’t be able to watch the upcoming season of The Bachelorette the same way again.