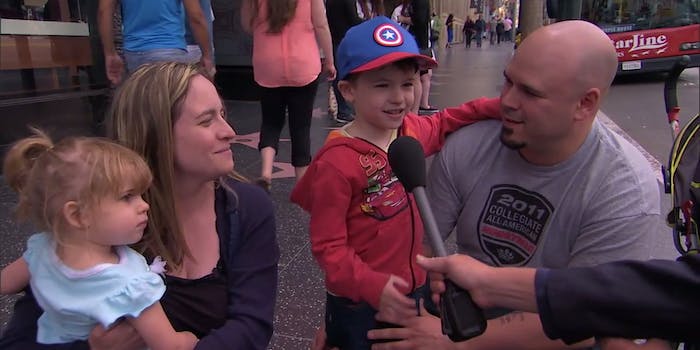 Jimmy Kimmel asks kids: ‘Who do you love more, mom or dad?’

It's the mother of loaded questions.

You’re not supposed to have favorites, but you somehow end up doing so anyway.

In order to prove or disprove the statistic that three out of four children would rather spend more time with their moms over their dads, Jimmy Kimmel sent out his crew to ask children the loaded question of which parent they love more.

You have to admire the honesty of it all. Some of them have the better sense to be diplomatic about it, but then they’re essentially asked which parent they’d let die if forced, which probably makes them wish they just answered the first question in the first place. Either way, everyone will be having awkward dinners after this.