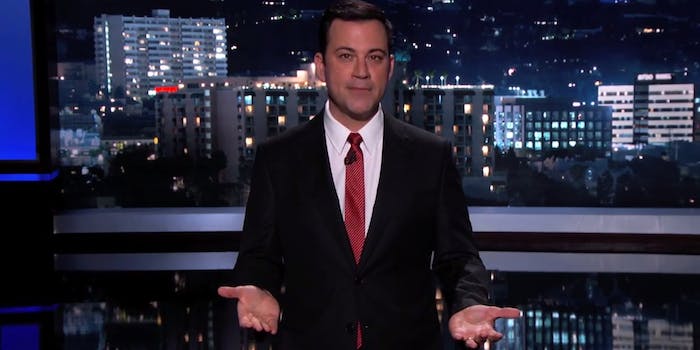 People will buy anything with an Apple logo.

If Jimmy Kimmel has taught us anything, it is that he can’t be trusted, and people will say anything if you put a microphone and a camera in their face. Kimmel once again proved the latter point when he went out onto Hollywood Boulevard and asked people what they thought about Apple’s new “iTime Smart Watch” a device that doesn’t exist (and never will under that name).

Kimmel showed people a device he claimed was from Apple, but was actually a Casio watch with an Apple sticker on the back. Yes, an Apple logo is all it takes for people to be willing spend large sums of money on what in actuality is a $20 watch.

Here’s some free advice: If you’re ever on Hollywood Boulevard and someone comes up to you with a microphone and camera crew, keep in mind there’s a high probability the Internet will laugh at you in the coming days.