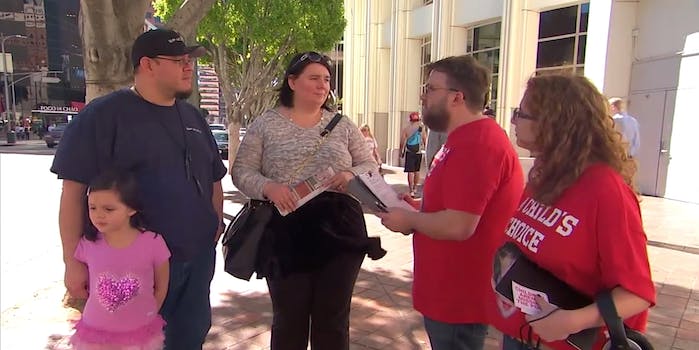 He enlisted doctors to mock the anti-vaccination debate, and people weren't happy about it.

Some of Jimmy Kimmel’s viewers aren’t happy about his stance on vaccinations.

Kimmel made his position clear on Thursday night’s episode, saying that he fully supported vaccinating kids, and he even brought in a bunch of doctors to drive home his message in a blunt, expletive-filled PSA.

But not everyone agreed with the PSA, and viewers made sure Kimmel knew they disliked it. Their angry tweets and messages did nothing to sway him, but they did inspire him to do a follow-up segment. Even though he thought the anti-vaxxers were wrong, he gave them a platform to speak for the sake of fairness.

Of course, that just gave him the fuel to mock them even more in the form of the argument that it should be up to the child to choose. And between a vaccination and a lollipop, they’ll choose the latter every time.