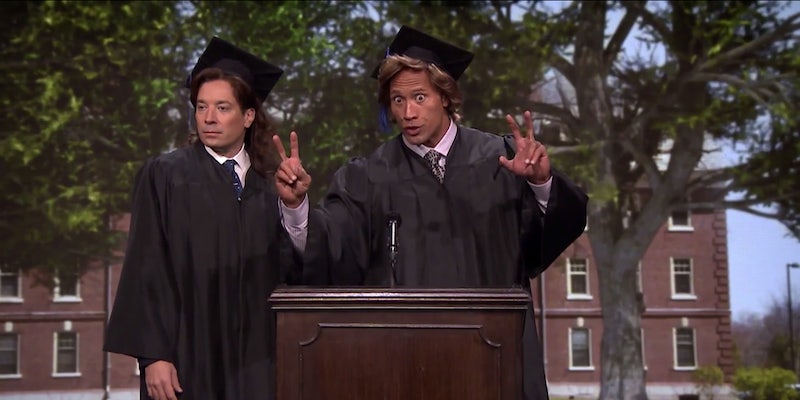 Jimmy Fallon and The Rock give the best, most ridiculous 1989 graduation speech

That MySpace thing is going to be pretty big in 25 years.

During a season full of graduation and commencement speeches, Jimmy Fallon and Dwayne ‘The Rock’ Johnson are sharing their pearls of wisdom with the world (and the class of 1989).

As the two students with the lowest GPAs, they normally wouldn’t be allowed to give a graduation speech, but now it’s their time to shine and share everything they know. And hindsight is everything, as they prove to be wrong about, well, everything about the future. But they’re still confident, so it sounds really great coming from the podium.

If more speeches included a martial arts segment like this, we’d probably be better off for it.