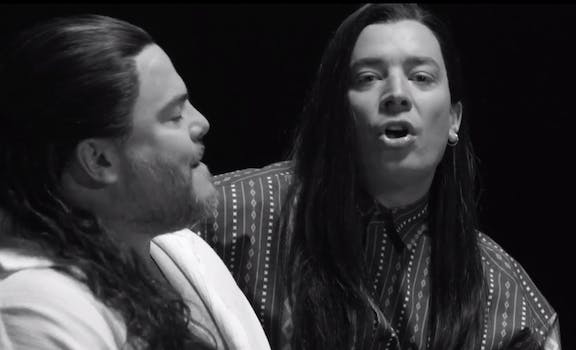 Good luck getting the song out of your head.

If you had a pulse in the ’90s, you heard Extreme’s 1990 power ballad “More Than Words.” You likely also saw the video, which aired on MTV roughly once an hour.

Of course, Black adds a bit more energy and physical comedy to this new version.

Here’s the original, for scale: