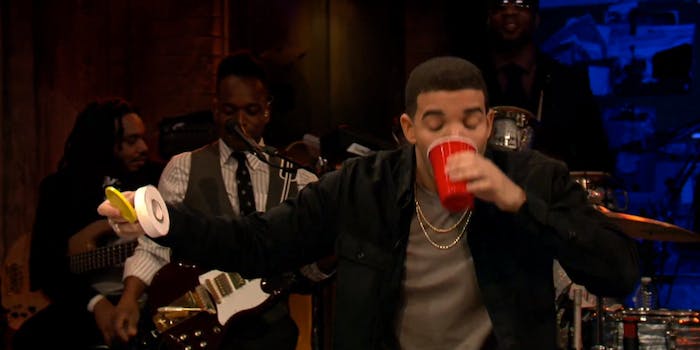 Because he’s Canadian, get it?

Because he’s Canadian, get it?

Late night fraternity social chair Jimmy Fallon welcomed cool-as-a-Canadian rap megastar Drake onto his show last night, no doubt to promote his appearance this week on Saturday Night Live. Fallon generally likes to play beer pong with his guests. This week he chose to do something different.

The two played four goals worth of beer hockey—air hockey with six holes for the puck strung along the edge of each table side—before Drake’s publicity team presumably stepped in and called the game so as not to alienate his younger fan base.

They cheered, they hugged, they’ll both exhibit more dignity in the future.