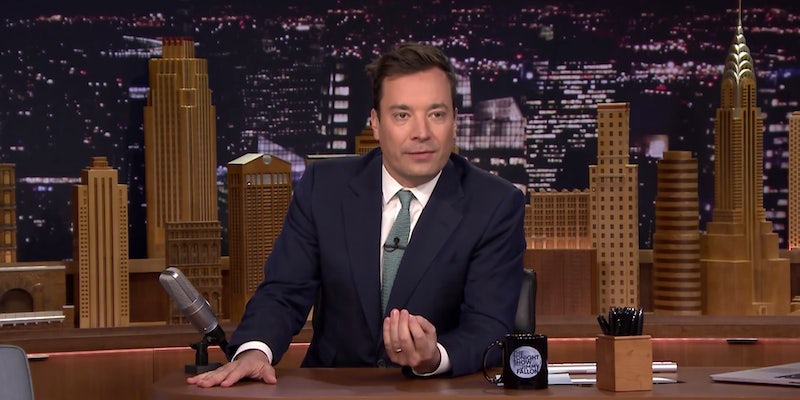 Jimmy Fallon thanks and honors David Letterman, his late-night forefather

Kind words from someone who followed in his footsteps.

Jimmy Kimmel won’t be airing a new episode on Wednesday night out of respect for Letterman’s farewell, while Jimmy Fallon spent a good chunk of time after his monologue Monday night honoring and thanking Letterman and his utter weirdness. Late-night TV would’ve been a completely different playground without Letterman in the thick of it.

After revealing that one of his teachers predicted that he’d replace Letterman on Late Night, Fallon told his audience the story of his last visit to The Late Show and how kind Letterman was to him.

“I think he taught us how to be, how to do smart and stupid for comedy,” Fallon said.