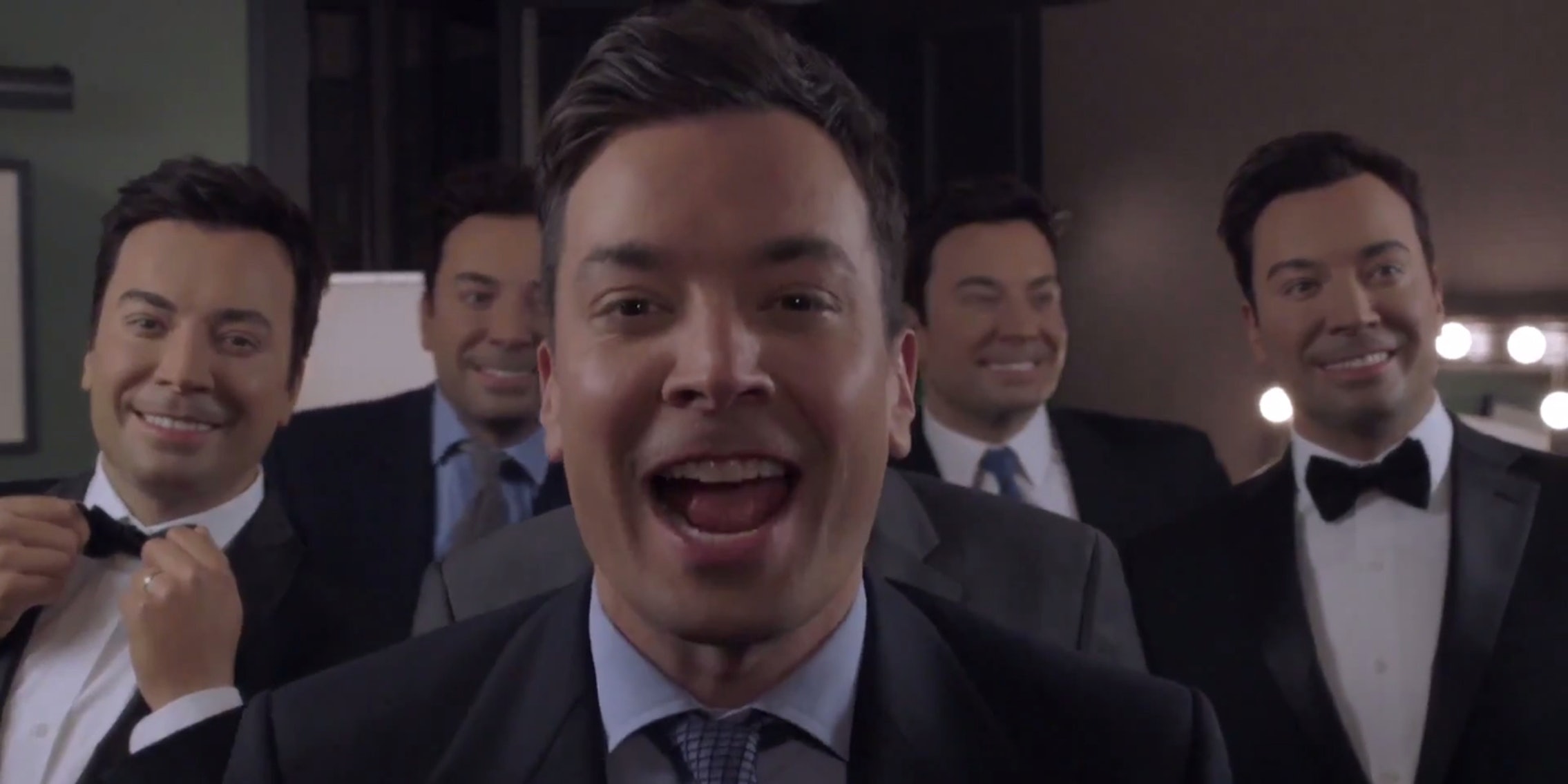 He finally got to duet with himself.

Jimmy Fallon can’t resist an opportunity to perform, even when it’s with five of his own wax figures.

We’ve seen enough horror movies to know how this goes all goes down. When an inanimate object shows signs of life, run, don’t sing—or else it’ll get you in the end. But Fallon just couldn’t resist the allure of six-part harmony on the classic song “Barbara Ann” when he ended up with five of the wax figures from Madame Tussauds.

Besides, they sound great without a lick of practice.

It’s wacky, trippy, and almost surely a dream, but there’s something eerie about it all the same.