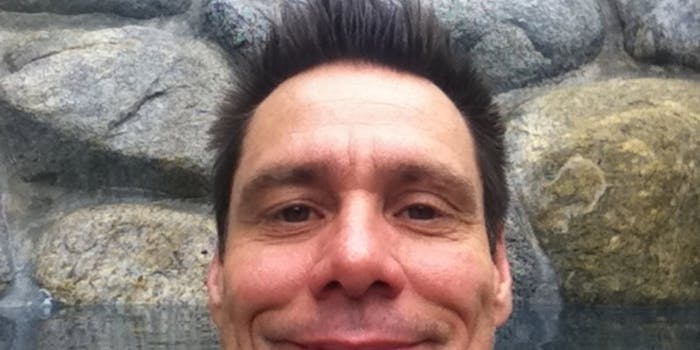 When Jim Carrey boings, Twitter listens -- or at least follows.

The influence of celebrities on Twitter was never more apparent than today when Jim Carrey once again tweeted out his cryptic call for followers to discuss “boing.”  Yes, boing.

Jim Carrey’s preferred catchphrase, “#boing,” has trended globally on and off for nearly two years — despite the fact that Carrey will not define what the word means.

Carrey first tweeted the word on April 24, 2010, reports Popeater, which speculated, along with others (including the Washington Post) that Carrey had officially gone off the deep end.

Since then, Carrey has called “boing” his “revolution.” While he tweets it regularly himself, every few months he prompts his four-million-plus followers to use it, too.

He hit the topic again today with this tweet:

Answers spanned from the abstract to the absurd.

“@JimCarrey #Boing is when ego drops out, and wonder and compassion and eagerness and love and relief break through,” wrote @BJMcElhaney.

“#Boing is the sound your heart makes when your child smiles at you@JimCarrey,” wrote @stephkatepierce.

Carrey’s latest outburst has done little to shed light on the term. However, it has illustrated the disproportionate influence select users can have on Twitter: one person with enough followers can launch a global trend all on their own.