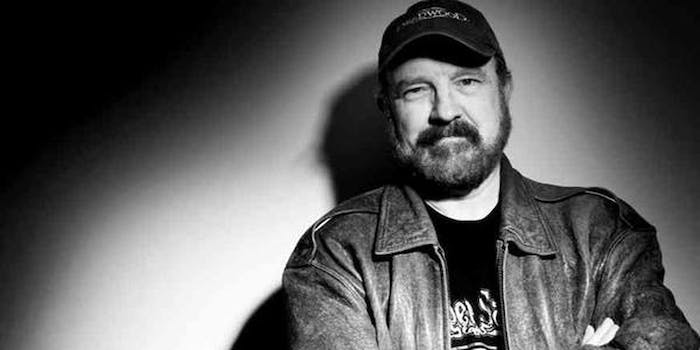 The New Adventures of Peter and Wendy has cast its George Darling.

The New Adventures of Peter and Wendy is getting an infusion of Supernatural for its second season. Jim Beaver, who played Bobby Singer for years on the CW show, will now be making the move to Neverland as the patron of the Darling clan, George Darling.

“For those of us who never grew up, Peter Pan still resonates,” Beaver told the Daily Dot. “That’s why I wanted to be a part of The New Adventures of Peter and Wendy. My other reason for joining the Peter and Wendy company is that my pixie pal Paula Rhodes is a driving force behind it. And I’ll do anything a pixie asks me to!”

While Beaver has also appeared in numerous productions, including Deadwood and Justified, he’s a fan-favorite in the Supernatural community, with his character serving as a surrogate father figure to central characters Sam and Dean. That connection to fandom made him an ideal choice for the YouTube project.

“I’ve always loved the Supernatural fan community, so to be able to work with Jim is hitting me from two sides: As a fan, I’m squeeing; as a producer, I want to make something that both the fans and Jim are truly proud of,” said Peter and Wendy producer Jenni Powell.

“It’s quite possible Jim is my fairy godfather,” continued fellow produer Paula Rhodes. “He’s one of my absolute favorite people on the planet as well as favorite actors, so I’m beyond thrilled to have another chance to play with him.”

The New Adventures of Peter and Wendy is a modern transmedia adaption of the Peter Pan story, with Peter as a comic book artist who never wants to grow up and Wendy as an ambitious vlogger set on seeing the world. The show, which airs on EpicRobotTV’s channel, is currently raising funds on Indiegogo for its second season. With other Peter Pan productions in the mainstream media getting decidedly negative casting reviews, The New Adventures of Peter and Wendy‘s casting choice is a breath of fresh air.

Image courtesy of The New Adventures of Peter & Wendy