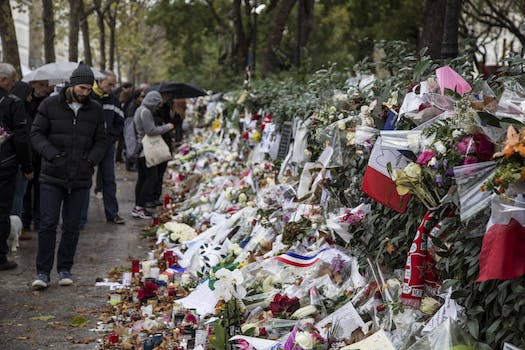 ‘Look at yourself: you have become a spreader of hate, brother.’

A survivor of the Paris attacks who attended the Eagles of Death Metal concert at the Bataclan when the attackers opened fire is condemning singer Jesse Hughes for his anti-Muslim comments.

In an interview with Taki’s magazine, Hughes claimed he saw Muslims celebrating in the streets during the attacks with his own eyes and insinuated that staff members at the Bataclan were involved; it’s not the first time he’s alleged that Bataclan employees had something to do with it, either. Since then, two different festivals have removed Eagles of Death Metal from their lineups in response to the comments.

After reading Hughes’s interview, Ismael El Iraki, who was in attendance at Eagles of Death Metal’s Bataclan concert Nov. 13 when the attacks occurred, wrote an open letter in response to Hughes’s comments on Facebook. He’s a lifelong music fan as well as a fan of Eagles of Death Metal—that was only the first of eight shows he planned to see that week—but Hughes “reopened a nasty wound” for him.

“I love your music, your concerts mostly (such fun, wild shows) and man, I never thought that you would become one of those spreaders of fear,” he wrote. “Fox News, Trump, all those guys. You always felt like a maverick, a rebel: we now know that you are not. We (and by that I mean the rebels, the mavericks, the rock crowd) always loved and defended you because you were a lovable fool and kind of a dumb fuck, like the Three Stooges or Tex Avery’s wolf. You now proved your stupidity to be fucking dangerous.”

El Iraki shut down the idea that the security guards at the Bataclan had anything to do with the shooting, highlighted the other Muslims who died at the Bataclan that night, and told him about Didi, a Muslim who opened the doors to let hundreds out of the concert hall and then went back into the Bataclan to help more people escape. To end it, he asked Hughes to try and spread the rock ‘n’ roll love that transcends race and religion.

“I hope you can realize how wrong that shit you spread is, hope you can see all the wrong that you are doing,” El Iraki wrote. “‘There’s still time to change the road you’re on’, brother. Zeppelin’s words. Just come back to the real spirit of rock ‘n’ roll, which is that a good rock show should make you wanna fuck or fight. Not rally a nasty conservative politician.”