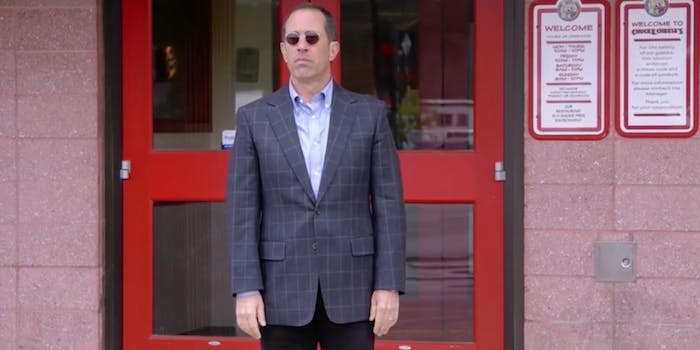 What’s the deal with these sequels? Jerry Seinfeld stars in ‘Fate of the Furious’ spoof

Just when Dwayne Johnson and Vin Diesel thought they were out of the car heist game for good, an unexpected player reels them back in. His name is Jerry Seinfeld.

The Fate of the Furious made a record-breaking $532.5 million at the box office on opening weekend, and someone over at Funny Or Die asked an important question: How could this movie possibly get any bigger? The answer, it turns out, is a certain comedian with a long-running webseries about cars.

It may sound like an uncanny pairing, but this full-length mashup trailer begs to differ:

Doesn’t matter if it’s an exploding helicopter or a side of lox, these guys are ready for anything.