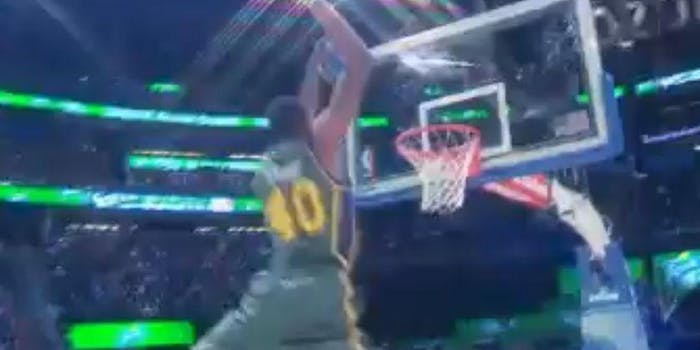 Here is a collection of the best tweets and video highlights that helped Jeremy Evans win the first ever fan-decided NBA dunk competition on Saturday.

For the first time in NBA All-Star history, the slam dunk contest was decided solely by the people.

After 3 million weighed in on Twitter, the NBA’s website, and via text, the Utah Jazz’s Jeremy Evans eked out a win with 29 percent of the votes. But the real winners were those following the event on Twitter where sportswriters and fans unleashed a barrage of wit and insight, attacking this year’s reliance on props, celebrity guests, and the over-used art of jumping over things (including the proverbial shark).