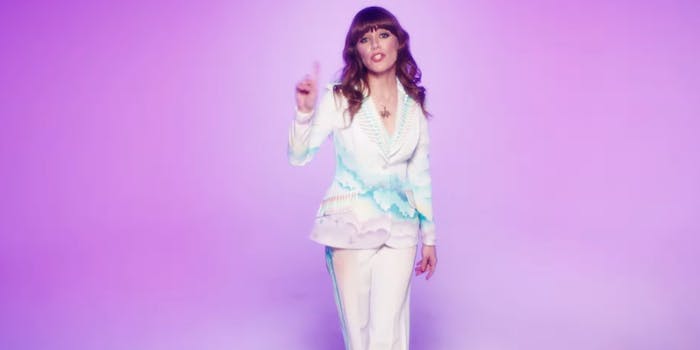 Quick: You’ve got a new single coming out, you’ve got about a zillion friends who are celebrities, and a past peppered with acting roles in Troop Beverly Hills and Golden Girls. What do you do? If you’re Jenny Lewis, you take all that and pack it into your latest music video, of course.

The former Rilo Kiley frontwoman is no stranger to rocking out on stage—she’s got a slew of albums with the indie-darling band; a duo with boyfriend Johnathan Rice named Jenny and Johnny; and a handful of solo albums under her belt. But a little-known fact (until now) is that Lewis got her start as a child actor, landing roles on shows like The Golden Girls, where in 1987 she played a “sunshine scout,” to other popular ‘80s programs like Growing Pains, Roseanne, and Mr. Belvedere. She even had a handful of film roles, appearing in Pleasantville, Troop Beverly Hills, and The Wizard. In her latest video, “She’s Not Me,” the new single from last year’s The Voyager, Lewis happily revisits these particular parts of her past.

The gang dressing up as “The Gilded Girls.” 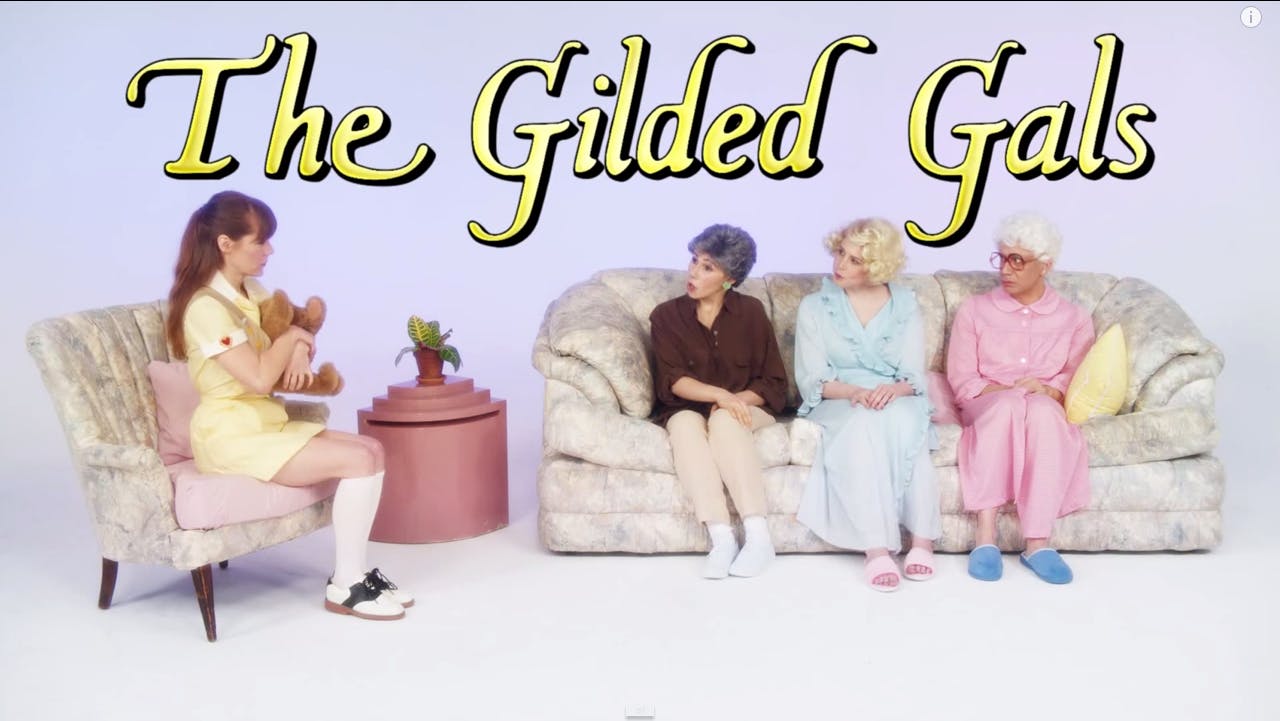 The gang recreating the so-totally-’80s movie poster for the 1989 flick The Wizard. 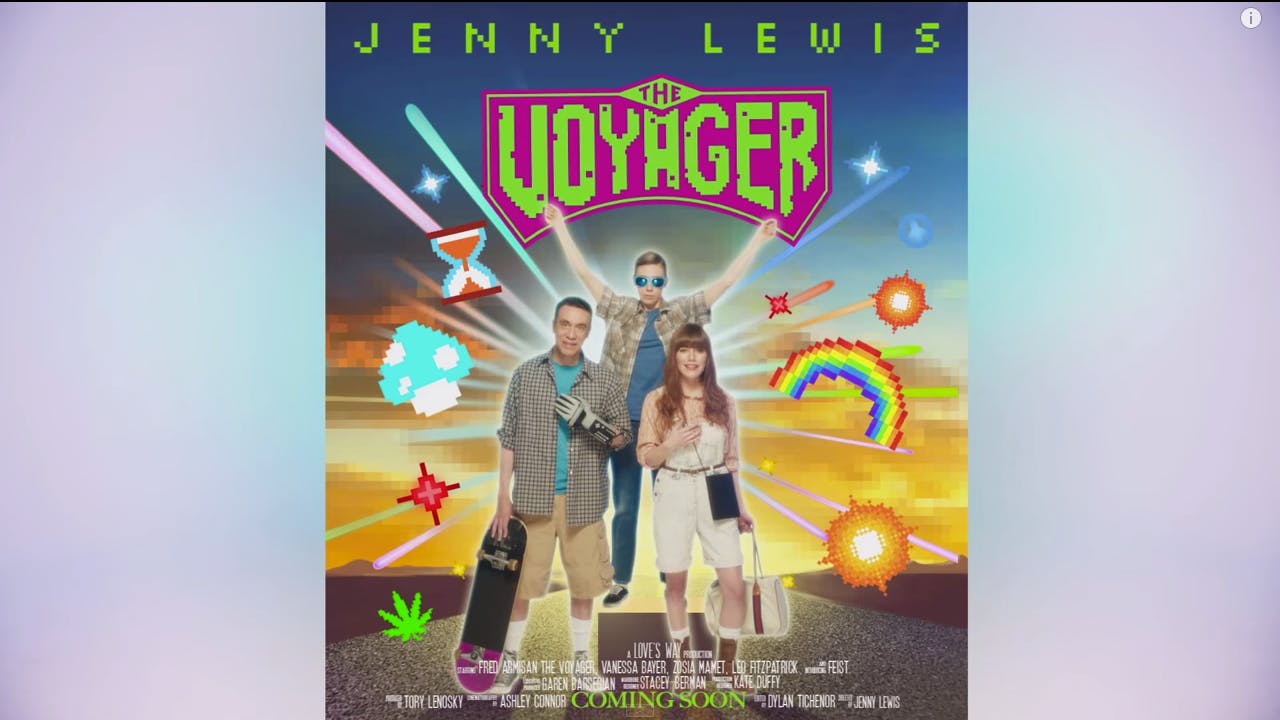 The gang yucking it up as the cast of Troop Beverly Hills. 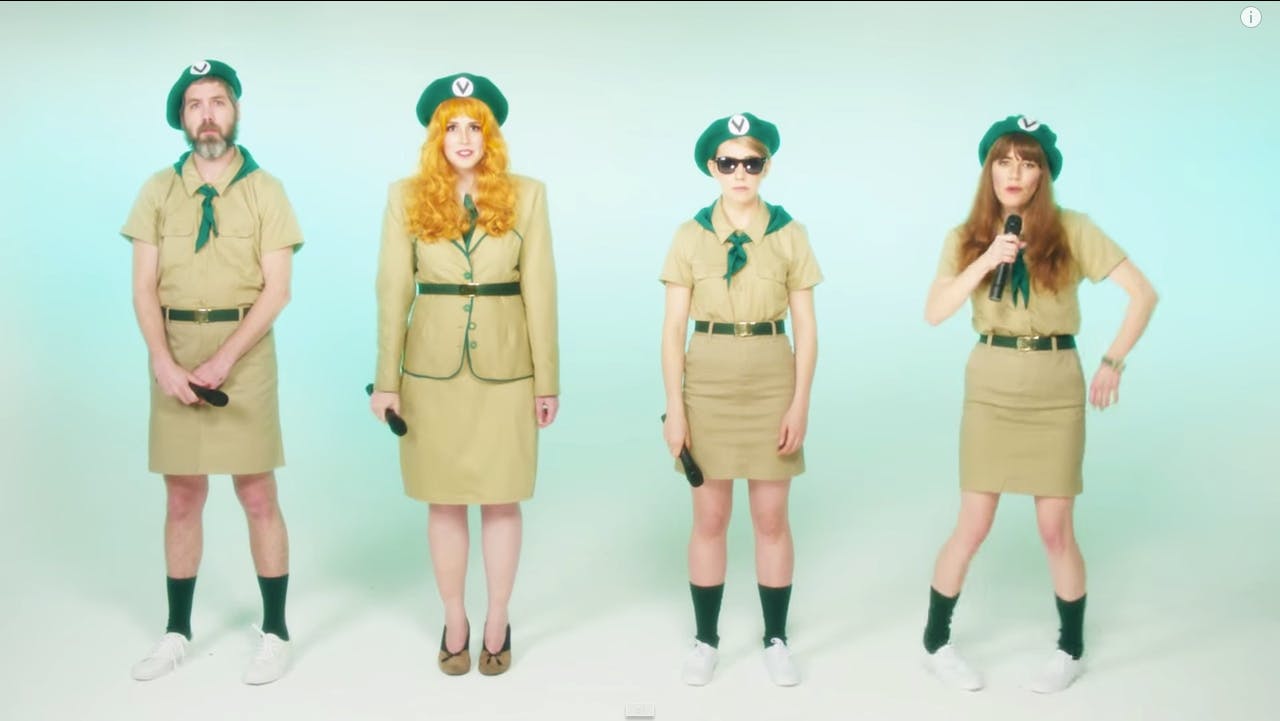 The gang before Feist somewhat inexplicably shows up as a priest. 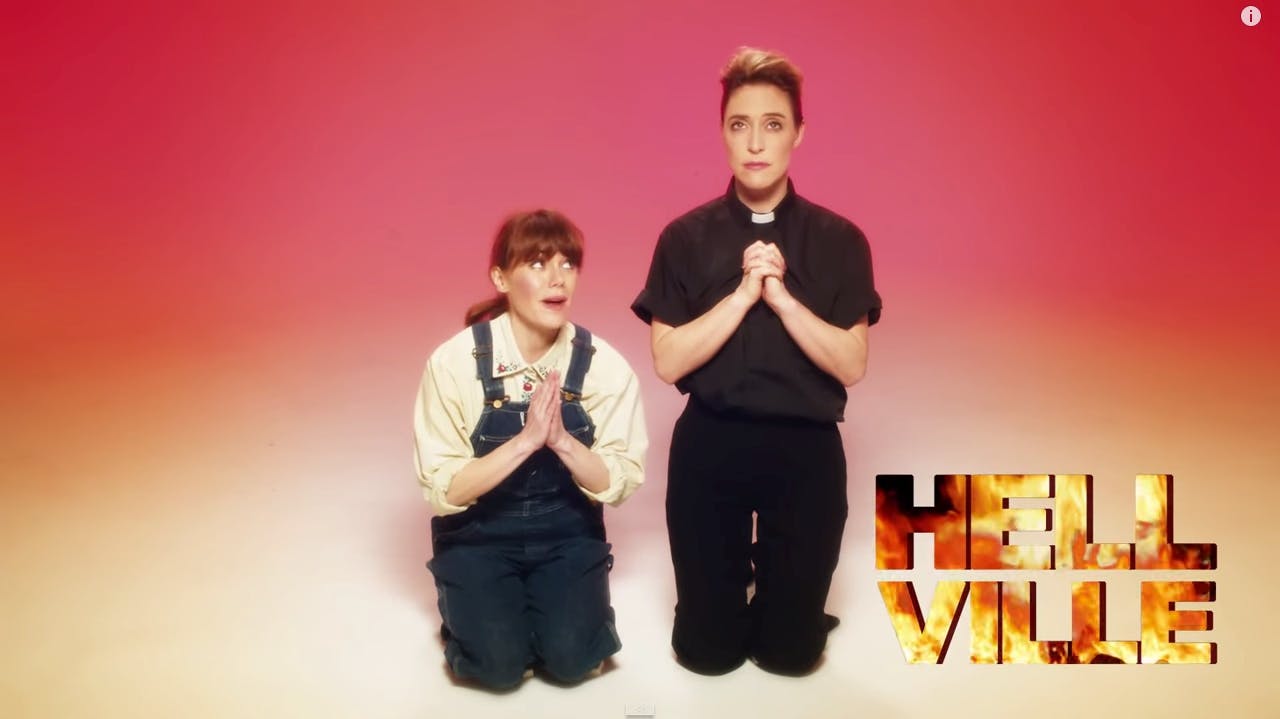 Altogether “She’s Not Me” is a comedic, candy-colored romp through Lewis’s past, and we’re happy to be along for the ride.

“The video is about former identities and incarnations of one’s self,” Lewis wrote to BuzzFeed via email. “It’s a super meta retrospective on my career.”

Former identities or not, we’re focused on the present. More specifically, Jenny Lewis, where do we get that suit?! 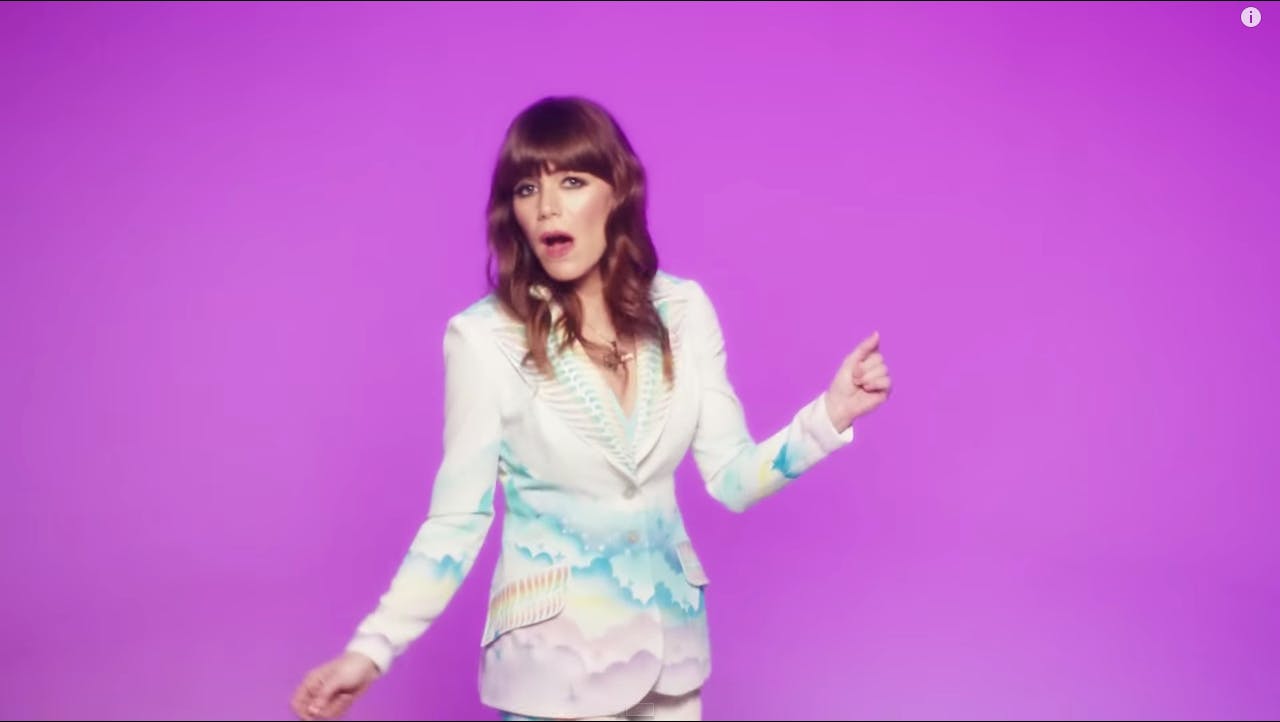