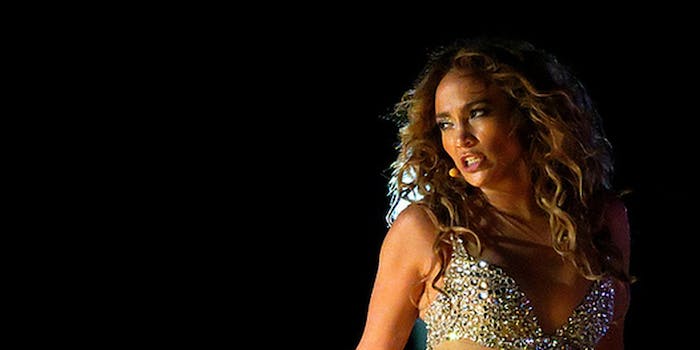 "I wonder where all my Turkmenistan followers are!? Hit me up!” Twitter is banned in Turkmenistan.

Call it one of the perks of being a dictator: Your birthday is the occasion of the country’s most lavish celebrations, and even Jennifer Lopez will put in an appearance—for the right price.

Turkmenistan’s leader, Gurbanguly Berdimuhamedow, had that distinct honor as he turned 56, costing Lopez whatever credibility she had on the subject of human rights.

The pop star, well past her peak in the fidgety American consciousness, has done well singing for the ultra-rich and powerful in post-Soviet countries, but had largely avoided the sort of backlash visited upon Beyoncé, 50 Cent, Mariah Carey, and others for performances connected to Libyan tyrant Muammar Gaddafi. Following her firework-framed show for a different brutally oppressive dictator, she’s facing significantly more criticism.

One indicator of how deaf Lopez and her entourage to the plight of the people ruled by Berdimuhamedow came even as the event took place. As the New York Post reported:

Lopez’s camp was seemingly clueless to the country’s media censorship. Her choreographer J. R. Taylor tweeted: “The Turkmenistan breeze feels amazing at night, kidz! I wonder where all my Turkmenistan followers are!? Hit me up!”

Taylor likely didn’t get a response—because Twitter is banned there.

That Tweet soon disappeared, though another fairly thoughtless one remains:

Already a spokesman has claimed that the concert was an apolitical event, and that Lopez had no conception of Turkmenistan’s imprisonment and torture of dissidents, journalists, and would-be emigrants. Even so, it’s not as though she’s giving the money back, or to an organization that champions human rights and freedom of speech worldwide. The musicians linked to Gaddafi, by comparison, all pledged their profits from those performances to charity.

In addition to Twitter, many similar communication tools are blocked in Turkmenistan; Gmail, for example, was added to that list early last year. According to human rights group Front Line Defenders,

All print and electronic media are state-controlled. Internet access remains limited and heavily controlled by the state. The country’s only internet service provider is state-operated, and political opposition websites are blocked. Internet cafés require visitors to present their passports. The government is known to monitor electronic and telephone communications.

Sites for non-governmental organizations describing Turkmenistan’s media censorship, of course, are also universally blacked out. For seven years, Turkmenistan has been one of a dozen or so countries on Reporters Without Borders’ “Enemies of the Internet” list.

As J. Lo and her entourage are discovering back home in the Internet-addicted U.S., it takes more than just active government surveillance to squelch online dissent.