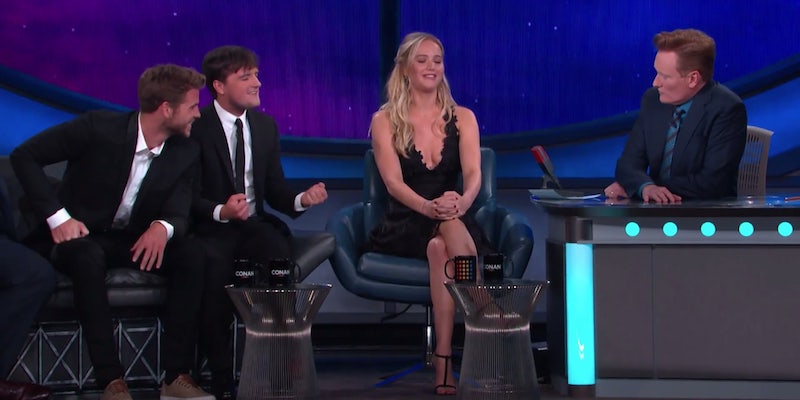 There’s just one song Jennifer Lawrence will sing for Conan

And it's pretty good, too.

Jennifer Lawrence may hate singing in front of people, but there’s at least one singer’s work for which she’ll make an exception.

She stopped by to talk to Conan O’Brien with Josh Hutcherson and Liam Hemsworth after the Mockingjay panel at Comic-Con (which O’Brien moderated). He brought up the commercial success of “The Hanging Tree,” though Lawrence said she hates singing in public. Despite her fear, she happily belted out Cher’s “Believe” when prompted by her co-stars.

Not only does she pull of a decent Cher impression, Hutcherson and Hemsworth make for great backup singers, showing that teaming up is always better than a movie love triangle.