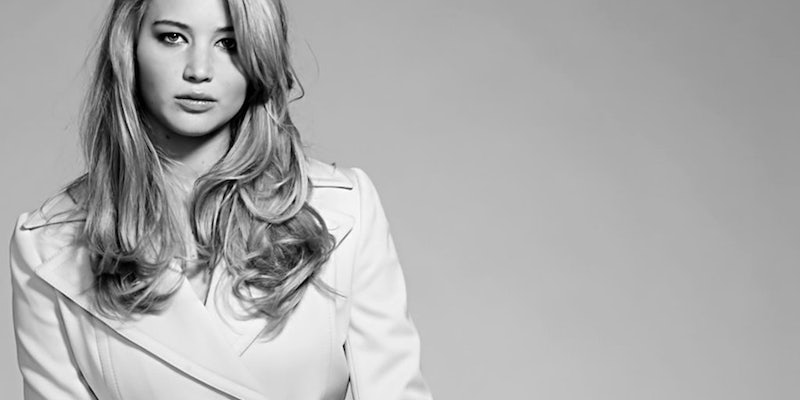 How not to respond to Jennifer Lawrence’s leaked nudes

Ricky Gervais is the highest-profile person to land in hot water over insensitive remarks about the incident.

The massive privacy violation that exposed naked pictures of numerous celebrities has inspired a lot of discussion about taking, sharing, and storing private images. Because this is the Internet, there’s a fair amount of awfulness mixed in with the scattering of sensible comments.

Comedian Ricky Gervais is the highest-profile person to land in hot water over insensitive remarks about the incident. In a tweet that he subsequently deleted, Gervais wrote, “Celebrities, make it harder for hackers to get nude pics of you from your computer by not putting nude pics of yourself on your computer.”

In case you missed his hastily deleted tweet, here is Ricky Gervais blaming the violation of a woman’s body on her. pic.twitter.com/Uck6krEGVd

In a series of follow-up tweets, Gervais remained unapologetic and criticized those whom he offended.

Dear easily offended people, don’t be. Hope that helps. Have a great day :)

Gervais is far from the only person making the argument that celebrities who don’t take the proper security precautions are to blame for the results. This line of reasoning, which often surfaces whenever a woman is the victim of an invasion of privacy either physical or virtual, is out in full force today. Both men and women are blaming the celebrities who were victimized yesterday for failing to prevent the actions of a determined hacker.

tip on how to prevent your nude photos getting leaked: don’t take nudes

“You are a celebrity, you are a target of spying, stalking, etc. Don’t take nudes and expect them to never leak.”

I hate when celebrities say “omg my phone was hacked.” Just man up & take responsibility. U shouldn’t have nude pics on ur phone neways.

I couldn’t care less about celebs and their nudes. Don’t take them if you don’t want people to see. Learn a lesson. 🙌

Why do celebrities take nudes and the whine about it when they get public? Just don’t take them in the first place!! DUH

As a man I’m not complaining, but seriously, why the fuck are celebrities taking these “nudes” anyway? Have to take some responsibility too

While it is fair and uncontroversial to suggest that people take precautions online, victim-blamers have been twisting the notion of personal responsibility to suggest that celebrities who are hacked deserve their fate if they didn’t do everything they could to prevent such a breach.

Does anyone believe in personal responsibility anymore? You don’t want your nude photos leaked, don’t get naked for a photographer. E-Z-P-Z.

This phenomenon is not new. Witness this tweet from June commenting on a story that could have turned tragic and was already deeply depressing.

While what the boy did was wrong, this girl needs to take personal responsibility for taking the photos of… https://t.co/Xx54uneK73

Meanwhile, the leak was too creepy even for some redditors:

And several celebrities whose photos were seemingly exposed have responded with grace and humor. Here’s what Glee‘s Becca Tobin, whose alleged leaked photos showed her next to a Christmas tree, tweeted: