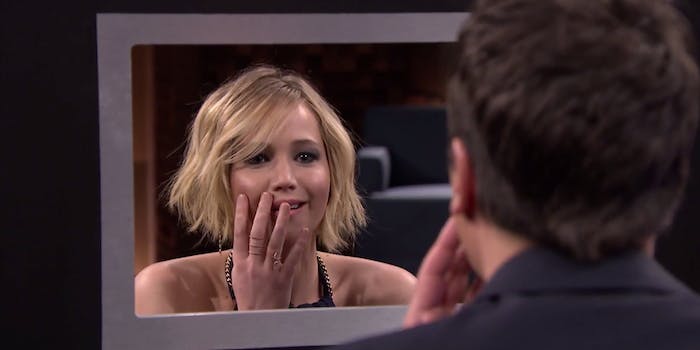 ‘Box of Lies’ with Jennifer Lawrence and Jimmy Fallon

Who's got the best poker face?

Jennifer Lawrence can act her way out of a box, but she might not be as good at lying out of one.

While promoting X-Men: Days of Future Past, she and Jimmy Fallon engaged in a game of “Box of Lies.” It essentially requires your best poker face as you try to throw the other person off of whether you’re telling the truth or lying about what’s in the box.

They try to stump each other about action figures and Rubik’s cubes in Jell-O, but the real competition is which one can psych the other out more. It’s by far the more entertaining game.

Somebody give these two a variety spin-off.