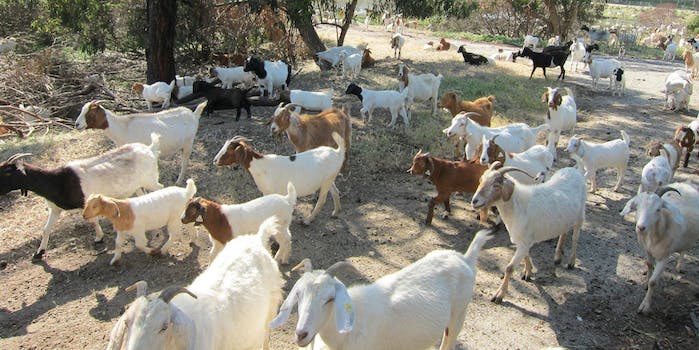 Jennifer Garner found the perfect solution to her gardening woes

It's certainly one way to sort things out.

What do you do if your garden gets a bit overgrown? Get a shovel and some secateurs? Maybe a strimmer? Perhaps—if you’re feeling particularly flush with cash—hire in a landscape gardener? If your name is Jennifer Garner, the answer is none of those things.

The award-winning actress revealed in an interview on Conan on Oct. 14 that while husband Ben Affleck was away filming the upcoming film Batman v. Superman, she felt the ivy in the couple’s yard was getting out of hand. Determined to tackle it herself, she told Conan O’Brien, she made a few calls—and stumbled upon an unconventional solution.

Think I’ll stick to the lawnmower for now.