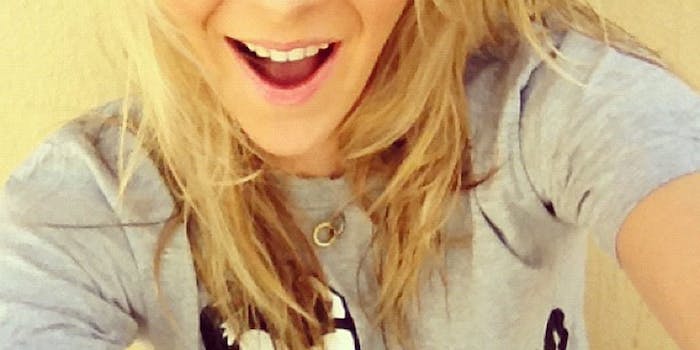 YouTube's top 10 most popular channels have been males-only—until now.

Jenna Marbles made YouTube history this month when she became the first woman ever to break into the top 10 most popular channels on the video sharing site.

Jenna Marbles, whose real name is Jenna Mourey, began her channel in the summer of 2010, and rose to the top of the YouTube charts with lightning speed due to her sassy, smart and sexy videos. The Daily Dot ranked Jenna Marbles as the third most important YouTuber of 2011.

According to YouTube statistics site VidStatsX, Marbles is now sitting pretty at the 8th most-subscribed channel. She has 2.4 million subscribers and her videos have been viewed some 342 million times.

Since YouTube was founded in 2005, men have dominated the top 10 list of most popular and most subscribed-to channels, despite YouTube’s audience being evenly divided between males and females.

Perhaps Mourey’s rise to YouTube fame will clear the way for other women.