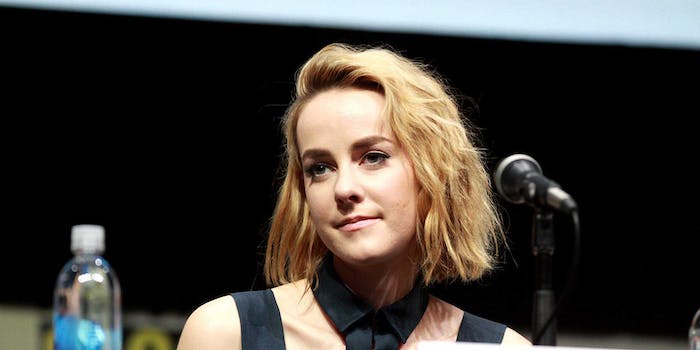 Is Jena Malone going to be Robin in the upcoming ‘Batman’ movie?

OK Batman fans, prepare yourselves: Jena Malone may be playing Robin in the upcoming Batman V Superman: Dawn of Justice.

Jena Malone, known best for her role as Johanna Mason in The Hunger Games, could be the first female Robin to hit the silver screen. Malone has been seen on the WB set sporting a new red hairdo, which may allude to a Carrie Kelley cameo.

She also posted an image of her fiery locks on her Instagram page.

This all comes from a report by local news station WILX-10 which caught up with an extra during the filming of Batman V Superman at Michigan State University. The anonymous extra, if caught, could face a $5 million dollar fine, in accordance to WB’s non-disclosure agreement.

Warning, the video below does detail some potential plot spoilers.

The film has been shrouded in intense mystery as director Zach Snyder has kept things very close to his chest. He has said that he has drawn a lot of information from Frank Miller’s The Dark Knight Returns, which featured the first female Robin. The film is set to launch March 25, 2016.

Correction: The director of Batman V Superman: Dawn of Justice is Zach Snyder.