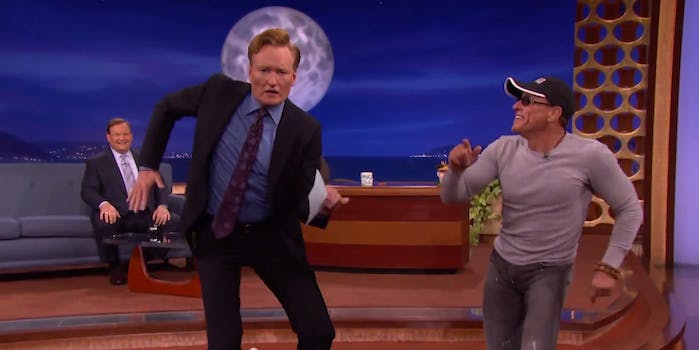 We already know that Jean-Claude Van Damme can still hit that split, but what about the rest of his moves?

He and Conan O’Brien reminisced about the original Kickboxer movie, especially one scene where Van Damme manages to kick some ass without missing a step with his two dance partners. Or even ruining his hair.

With a Kickboxer sequel in the works, he’s got to get back in shape. Just to start, there’s weights, cardio, and honing in those dancing skills. O’Brien is at least able to help with the lattermost, right down to the two men who want none of that dancing nonsense.

Of course, if O’Brien only wanted to dance with him, he could’ve just asked.