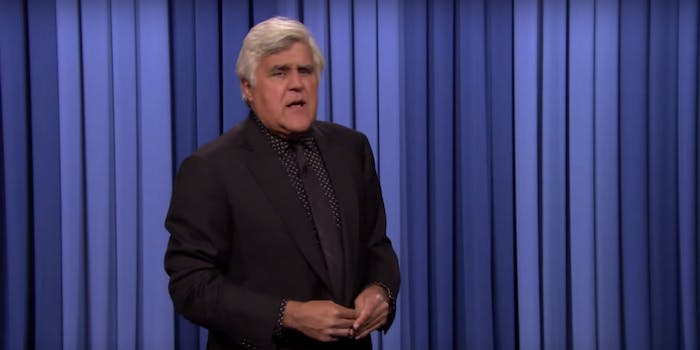 Leno is on fire.

Jimmy Fallon brought in a familiar face when he found himself too injured to perform his monologue on The Tonight Show.

He tore his comedic hamstring after a Bernie Sanders joke, but instead of signaling any of his potential future heirs to take up the mantle, he brought in his predecessor Jay Leno for the save. And once you get past the jokes about how Leno is taking back The Tonight Show from yet another host, he actually does a pretty decent job.

The traditional late-night monologue has gotten some pushback lately, but Leno might’ve unlocked the key to mastering it: it’s great when you come back to it after a year or two without it.