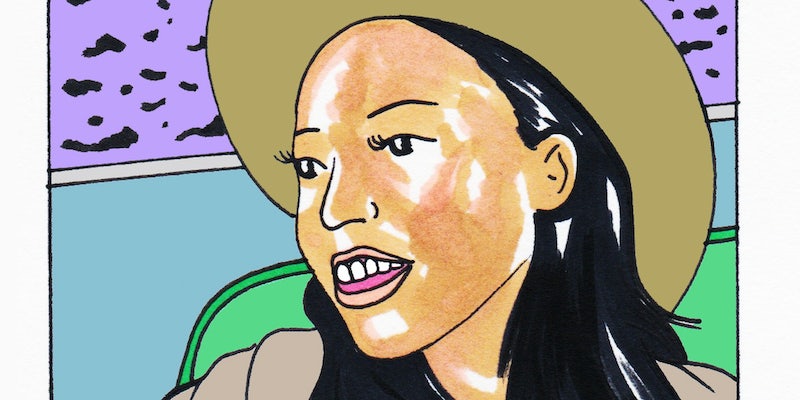 Check out an exclusive session from U.K. chameleon Jay Brown.

Northampton, U.K., singer-songwriter Jay Brown isn’t pretending that her country flavor is an out-of-the-box asset. Like most of her generation’s musicians, she grew up with terrible, shuffle-laden tastes and followed the trail. The difference is, Brown’s transparent about it: “Growing up I was a real metalhead; I listened to a lot of alternative and metal music. Sikth, System of a Down, Metallica, and Incubus,” she told the Oxford Student. She goes on to tout an affection for Eminem.

Jay is the younger sister of British pop star and model V V Brown, and in the rich tradition of Ashlee Simpson and Solange Knowles, her music is darker and more abstract in nature—at least relative to established, older siblings. She may sing about being “jaded and confused,” but Jay Brown is a connected force: She played the Glastonbury festival in 2013 and has recorded music with the herbs in Bastille.

But her solo stuff is peppered with intrigue and hope. January’s five-song EP My Name Is Her (Pt. 1) is where Brown honed in and found a voice. She’ll budget for strings and they don’t sound like pointless melodrama but instead like the creaks on stairs. While “We Are the People” lacks lyrical specifics beyond trite and vague themes of societal decay offered up by modern rock wizards in leather, Brown’s hard vocals more than suffice.

The Daily Dot has partnered with Daytrotter to highlight one session a week, which will be available to stream here exclusively in its entirety. In this installment, Jay Brown plays her EP with pomp and vigor.