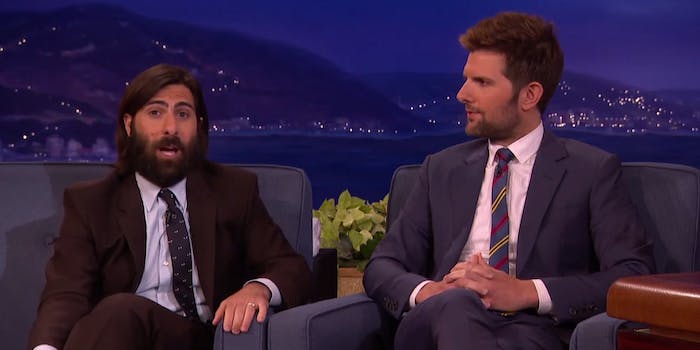 Jason Schwartzman and Adam Scott’s new movie, The Overnight, apparently features their prosthetic penises pretty prominently, so you have that to look forward to this weekend. However, while the attachment of the prosthetics was a somewhat freeing experience for the two men, things took a turn for the awkward when Schwartzman sent photos of his to his wife.

Let this be a lesson to always delete. Or at least know how your phone works.