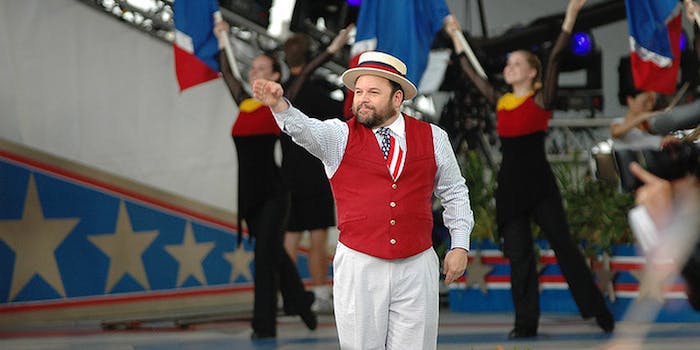 Jason Alexander told Stern why this ‘Seinfeld’ character was killed off

It was all an inside job.

One reason Howard Stern is one of the best interviewers in our world is because he’s not afraid to ask the tough questions that might (or might not) make a guest like Jason Alexander uncomfortable. Stern hears a rumor, and he asks his guest about it.

So, when Stern asked Alexander on Wednesday’s show about why the character of Susan Ross—George Costanza’s fiancée from the show, Seinfeld—had been killed off and if it was because Alexander didn’t like her, it could have gone either way. Either Alexander laughs it off and dances around the answer until Stern moves on to a different topic. Or Alexander chuckles and fires right into an amazing answer.

Said Stern: “The story goes she was killed off because you couldn’t stand working with her.”

“OK, the preamble to this is that it’s a wonderful girl [Heidi] Swedberg. I love her. She’s a terrific girl. I love her. I couldn’t figure out how to play off of her.”

“No. Her instincts for doing a scene—where the comedy was—and mine were always misfiring. She would do something, and I would say, ‘OK, I see what she’s doing. I’m going to adjust to her.’ I would adjust, and it would change… It was such a disaster.”

Ross lasted 28 episodes overall, but after only a few shows into her arc, co-creator Larry David called Alexander before a season was about to begin and said he had good news.

“You’re getting engaged,” David said, according to Alexander.

“Who am I getting engaged to?” Alexander said.

Though Alexander was uncomfortable, the other three main characters couldn’t understand his predicament until Jerry Seinfeld and Julia Louis-Dreyfus had to interact with her during one particular episode.

“They didn’t know how the season was going to end,” Alexander said. “Was George going to marry her? Was she going to leave him? Finally, there’s an episode when Elaine and Jerry have a lot of material with her. We do the week, and we [go out afterward], and they said, ‘You know what? It’s fucking impossible.’ Julia said, ‘Don’t you just want to kill her?’ and Larry went, ‘Ka-bang.'”

And that is why this happened.

If you want to listen to the entire segment, click below, via SoundCloud.

Update 11:20am CT, June 4: Jason Alexander has apologized for his comments on the Stern show. “In telling this story, it sounds like we are putting a heavy burden on Heidi. I, personally, am not,” he explained in an extended tweet.

“[With distance, I can look at those episodes and see that there was a fun relationship there between George and Susan,” he continued. “It works perfectly. I simply couldn’t see it or find it at the time.” Turns out absence does make the heart grow fonder.

Photo via John Athayde/Flickr (CC BY 2.0)