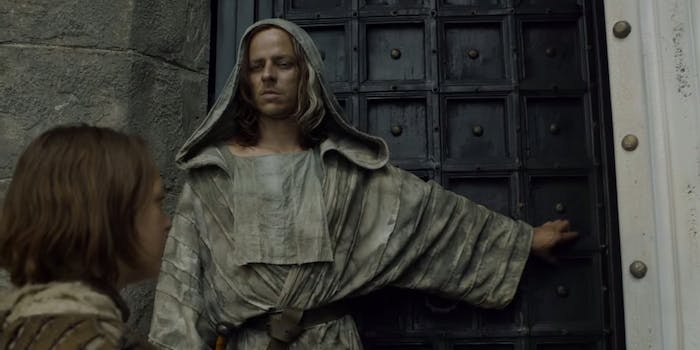 Taking a cue from Unbreakable Kimmy Schmidt, the comedic masterminds at Practical Folks took Titus Andromedon’s ode to black penis and turned it around to give a Man the music video he deserves.

Game of Thrones’ Faceless Man and all-around mysterious person Jaqen H’ghar always comes with more questions than answers, and when it comes to his own version of “Peeno Noir,” it’s no different; he’s just doing his thing in the Boudoir of Black and White. The final shot is particularly on point.

Along with being stuck in your head for the rest of the day, it also serves as a fairly decent primer of the Braavos and Faceless Men plotline this season.