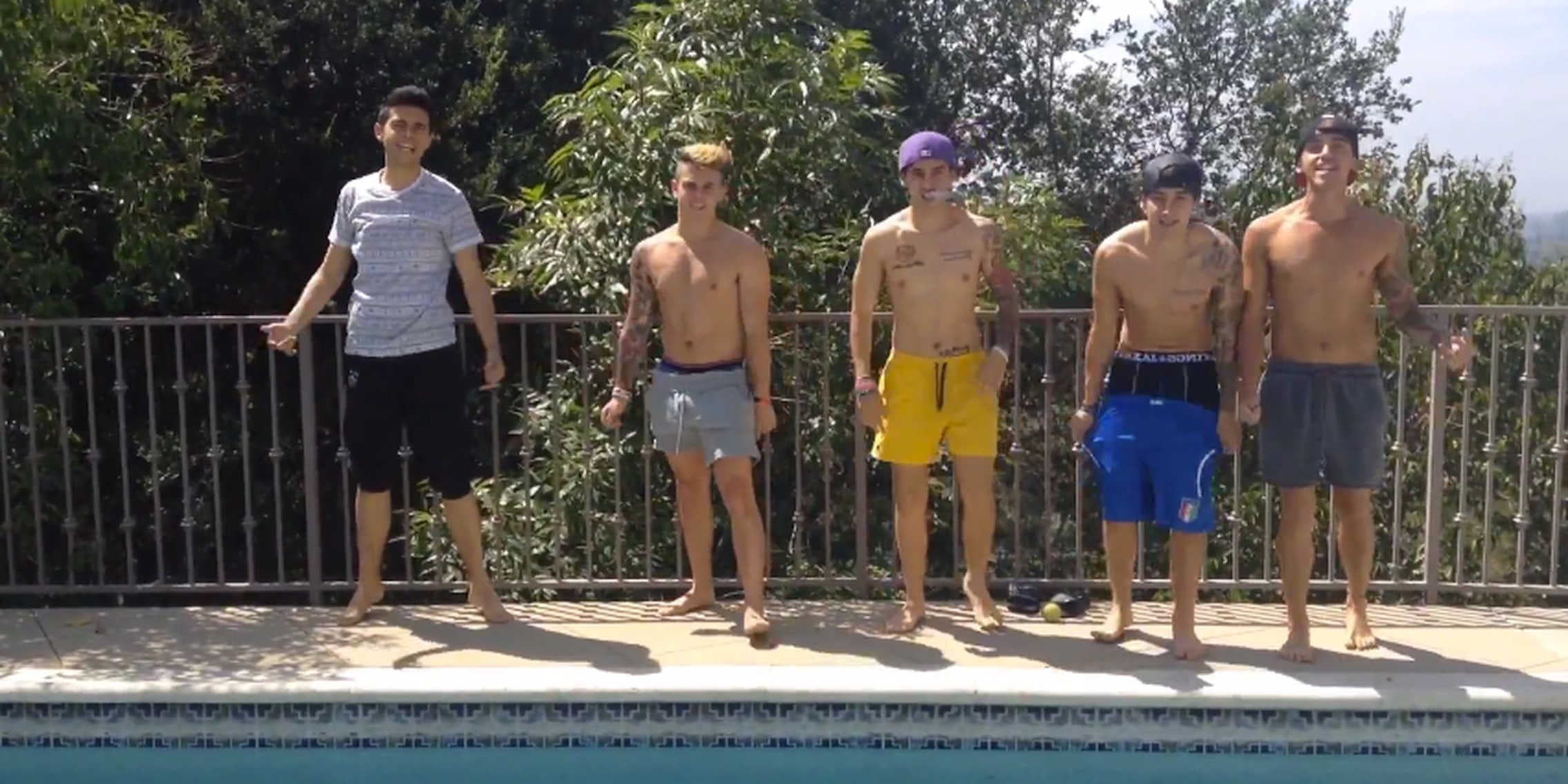 The Australian pranksters will star in a movie based on their antics in Los Angeles.

It’s not another prank: The Janoskians are coming to the silver screen.

The Australian pranksters have signed a deal with Lionsgate for the company to develop a feature film based on their antics. Originally from Melbourne, the five members of the Janoskians (Just Another Name Of Silly Kids In Another Nation) are now based in Los Angeles.

Since starting out on YouTube in 2011, they have accumulated more than 15 million followers and some 200 million views between their social media and all of their channels, gone on a sold-out worldwide tour, signed a record deal, and launched their own clothing line and video game.

They’re one of the biggest stars to come out of the AwesomenessTV teen empire, and they’ve even got AwesomenessTV president Brian Robbins on board to produce the film. Clearly, Lionsgate is hoping that the Janoskians’ fanbase will leap at the chance to see their favorite pranks in movie-length form.

Unlike Justin Bieber’s films, the Janoskians’ big-screen debut will not be a documentary. A script is still in the works, but the plan to to make a “partially scripted comedy” that will be full of the stunts and pranks that fans have come to expect from the quintet as they adjust to life in Los Angeles and decide to throw an epic party.

If you’ve never heard of the Janoskians, you soon will. They’ve already got their own passionate fanbase that’s able to shut down any area they appear—even Times Square.

The members have all gone on Twitter to celebrate the news and thank the millions of fans who helped make it happen. There’s plenty of pranking still to be done.

We would just like to thank everyone who supported us and believed in us. we are Proud to announce we are making a movie with Lionsgate.

I hope you fans are excited as we are, we would be no where without you girls/guy lol thank you all for the support ❤️❤️

We promise to make this the most epic movie ever!!!!

Yep. A movie with LIONSGATE. 5 little fags from Melbourne are doing a movie with lionsgate. How???? Oh yeah coz of you guys ❤️❤️❤️ thank you

No this isn’t some dumb prank… We are actually making a movie lmao wtf hahahaha still can’t believe it tho! Hope the waits been worth it😁