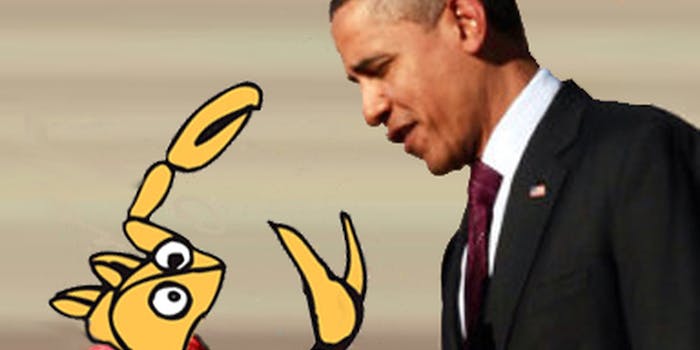 This is how one picture can result in a thousand memes (or just a lot of them).

With just a wag of her finger, Arizona Gov. Jan Brewer has become the latest, greatest, Internet meme.

After landing in Phoenix Wednesday, Brewer greeted President Barack Obama as he descended Air Force One with a handshake, a finger-pointing filled exchange that “ended when Obama abruptly walked away, as Brewer appeared to still be speaking,” reported the Washington Post.

The exchange was over Brewer’s book, “Scorpions for Breakfast: My Fight Against Special Interests, Liberal Media, and Cynical Politicos to Secure the Border.” Obama was criticising a description in Brewers book of a meeting the two had in June 2010 “where she described Obama as lecturing her,” reported CBS News.

The heated discussion was captured in a photo by the Associated Press  that has since been turned into memes on Tumblr and Canvas. Here are some of the best ones.