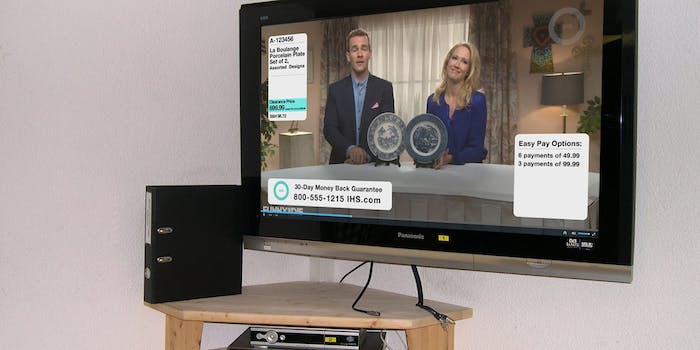 Give 'em the business.

The backlash over Indiana’s Religious Freedom Restoration Act continued this week with boycotts and bad Yelp reviews and front-page protests. But what will become of home shopping in Indiana? Funny or Die found out.

James Van Der Beek and Anna Camp star as the hosts of Indiana Home Shopping, and subtly mock the backwards thinking of this new law. The hosts spend more time interrogating callers about their sexual identity than attempting to sell the products, which seems to be a sound business model! Those “retro Bible reading glasses” are a steal, though.