Here’s a hilarious gallery show for people who hate art

"Card Tricks" may not look like much—until you read the fine print.

Recommended Reading, a weekly online fiction magazine published by Electric Literature, celebrated its 100th issue last night. But the narrative that Pulitzer-winner Jennifer Egan selected to fill those pages was a far cry from your conventional short story. 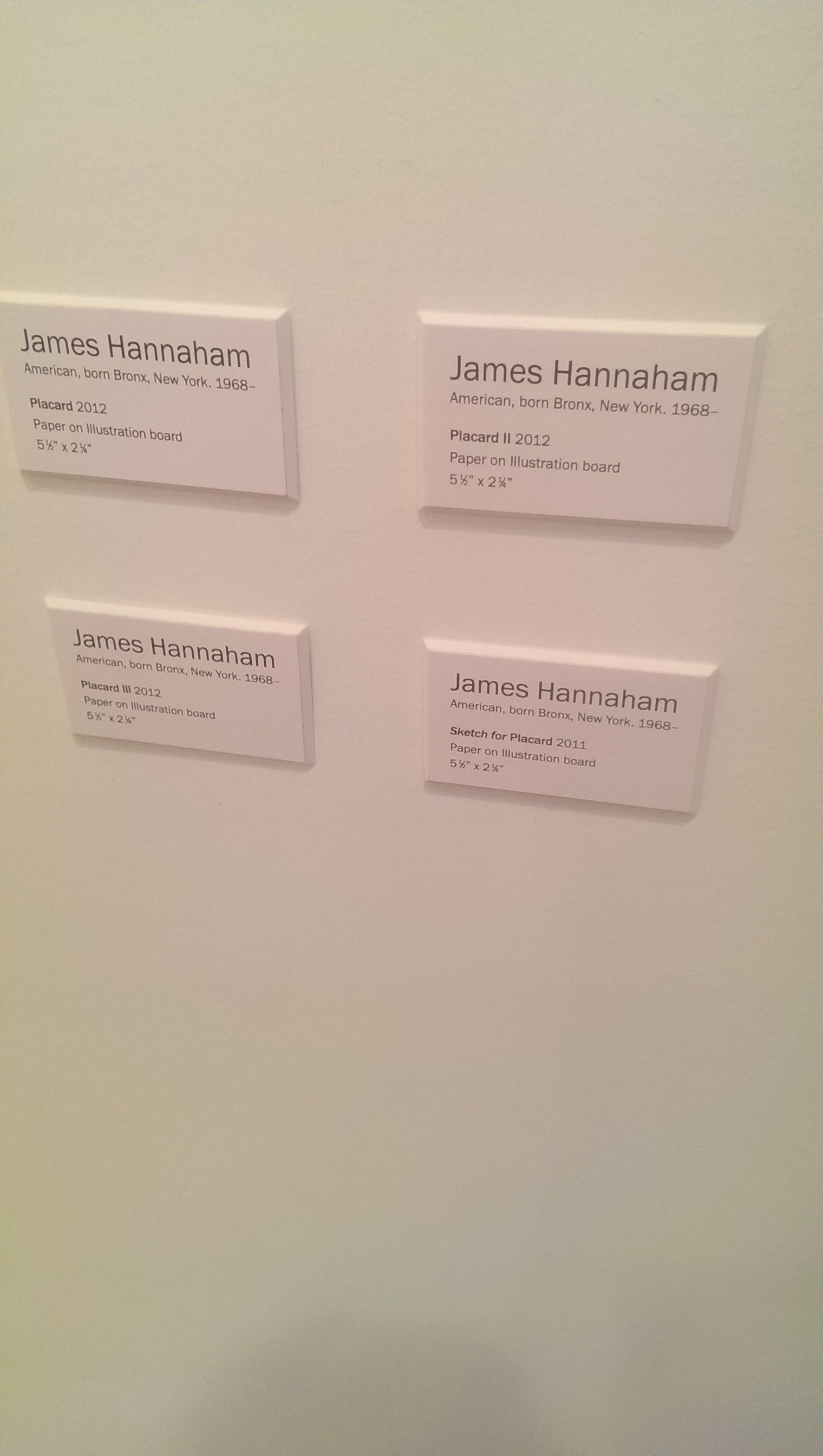 In fact, James Hannaham’s “Card Tricks” takes the form of a series of deadpan placards—the sort you’d find on the wall at an art show. For this occasion, these chunks of text had actually been installed at the James Cohan Gallery in Chelsea, amid a whole lot of empty white space. Attendees wandered into a vast room, realizing only after a few moments that something cheeky was going on. Then they began reading—and laughing. 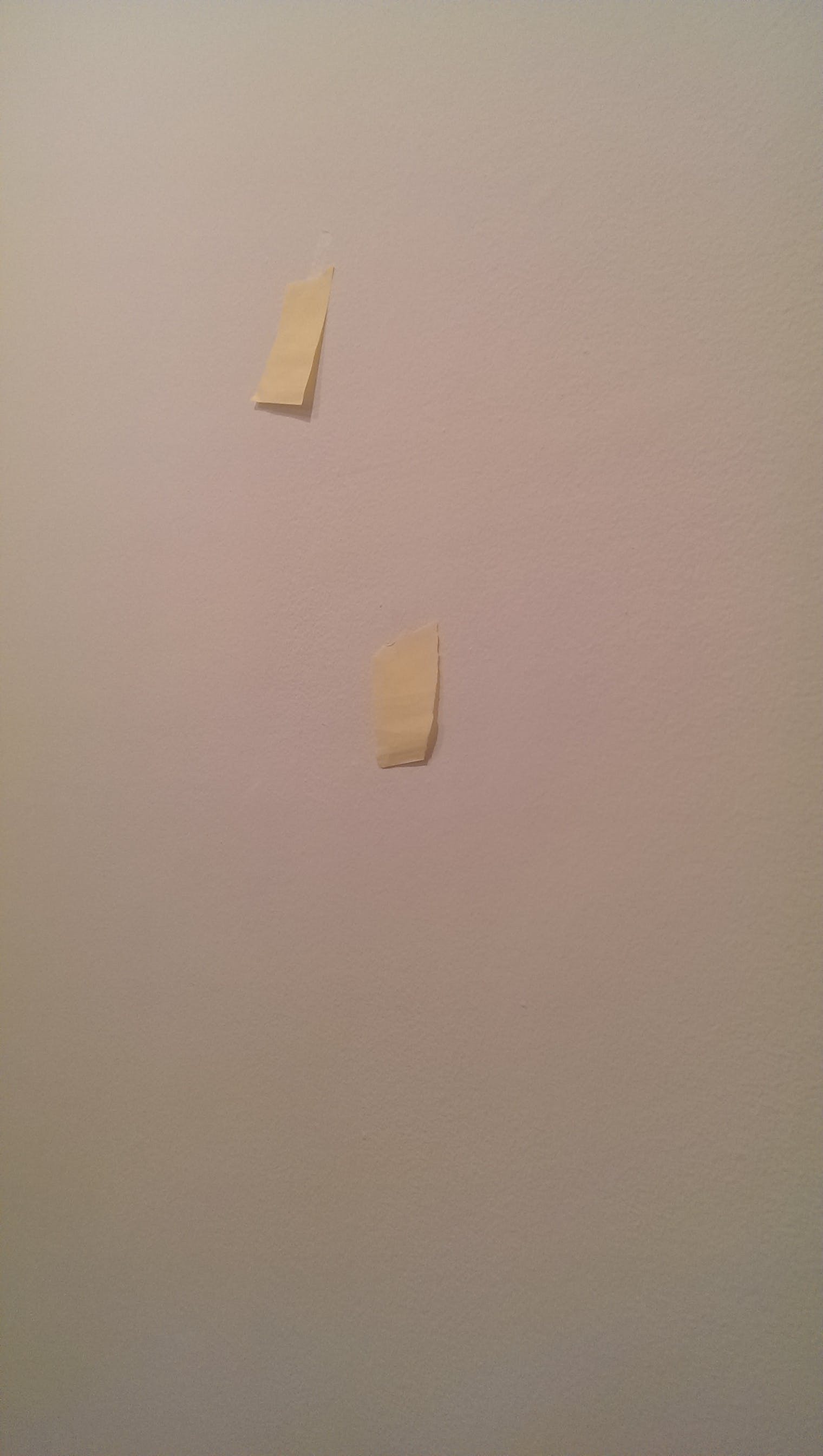 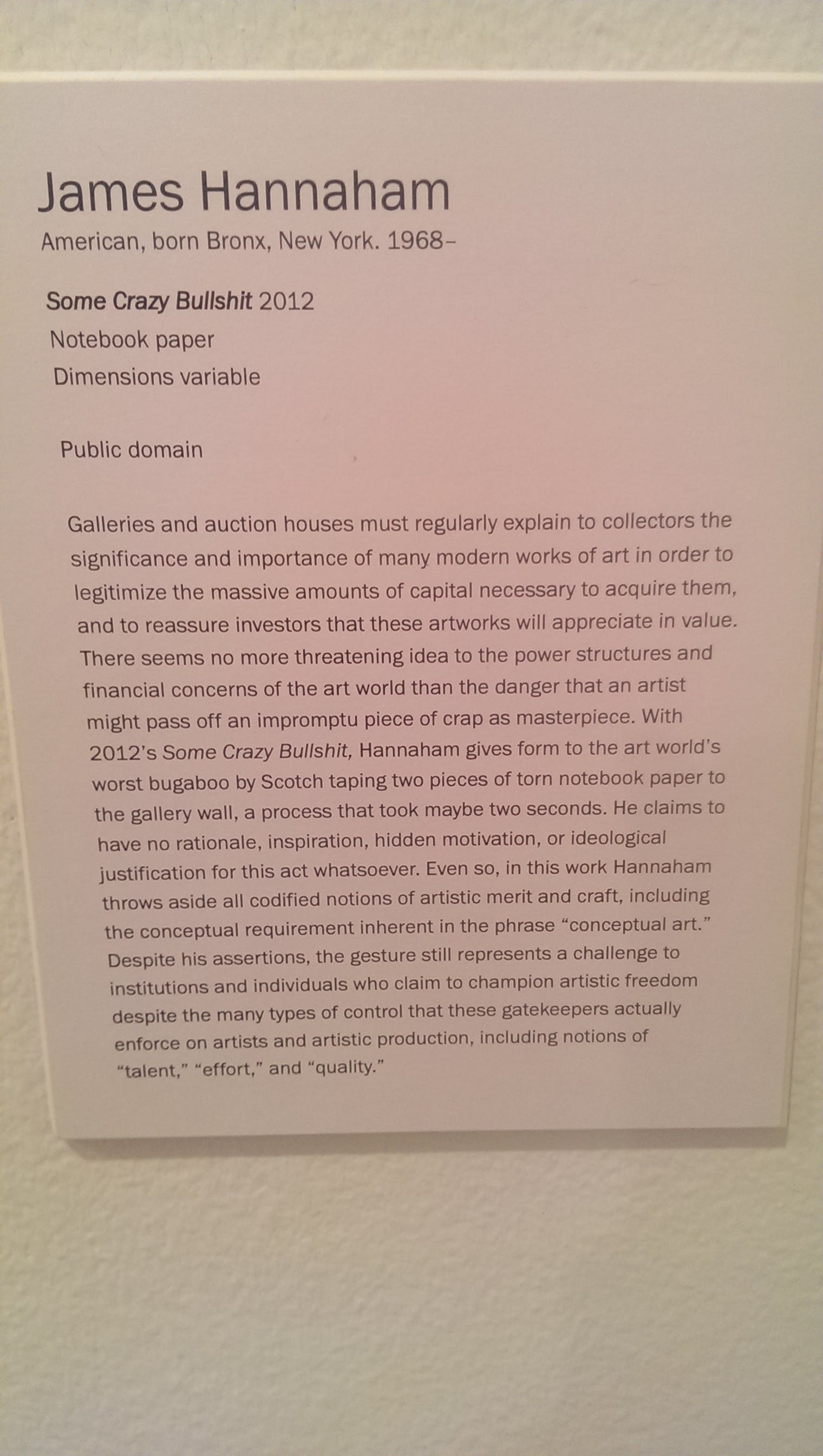 “I’ve noticed, in galleries, that literary people look at the art, and artists look right to the placard,” Hannaham told Egan in a live interview at the event. “They want context.”

In that sense, “Card Tricks” is all context and no substance, a way of “dematerializing” art, as Hannaham had it. He mocks the pretension of the gallery world by claiming the planet Earth as a “found object,” prints a paragraph called “Squinting Person” in miniscule type, oversells his background as a Bronx-born gay black man to score identity politics points (or limit his message), and creates a dizzyingly meta piece using just his name. 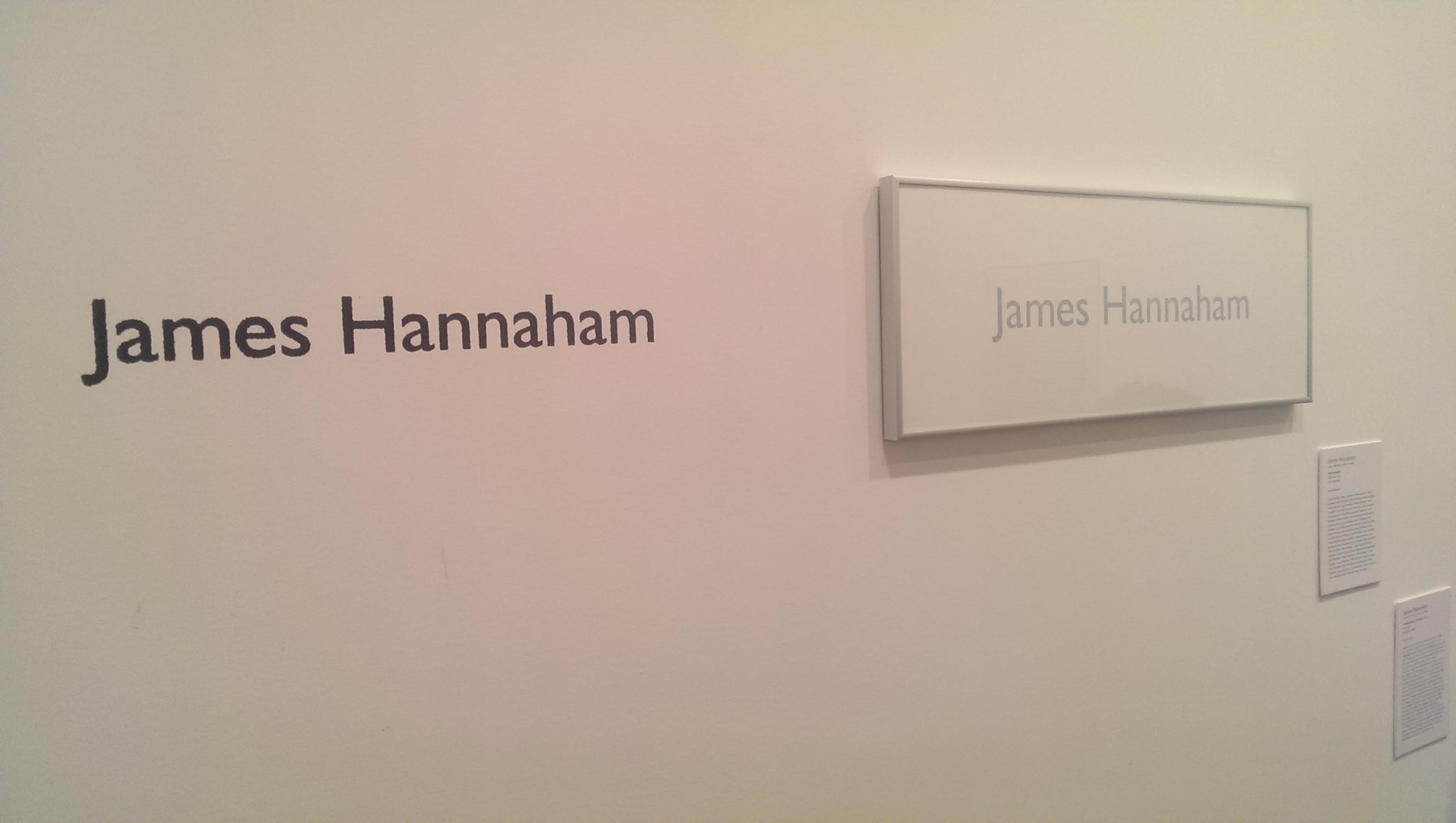 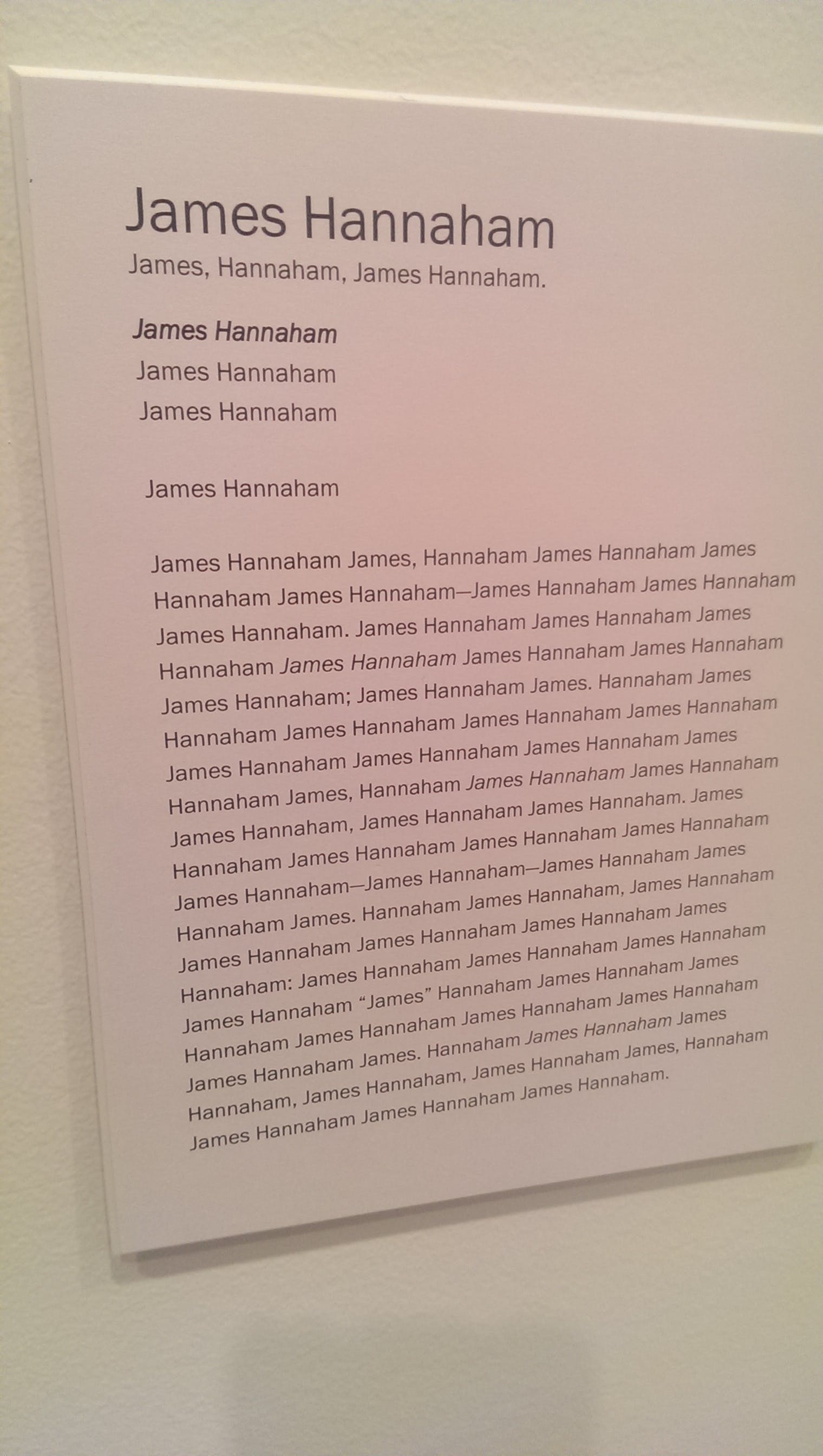 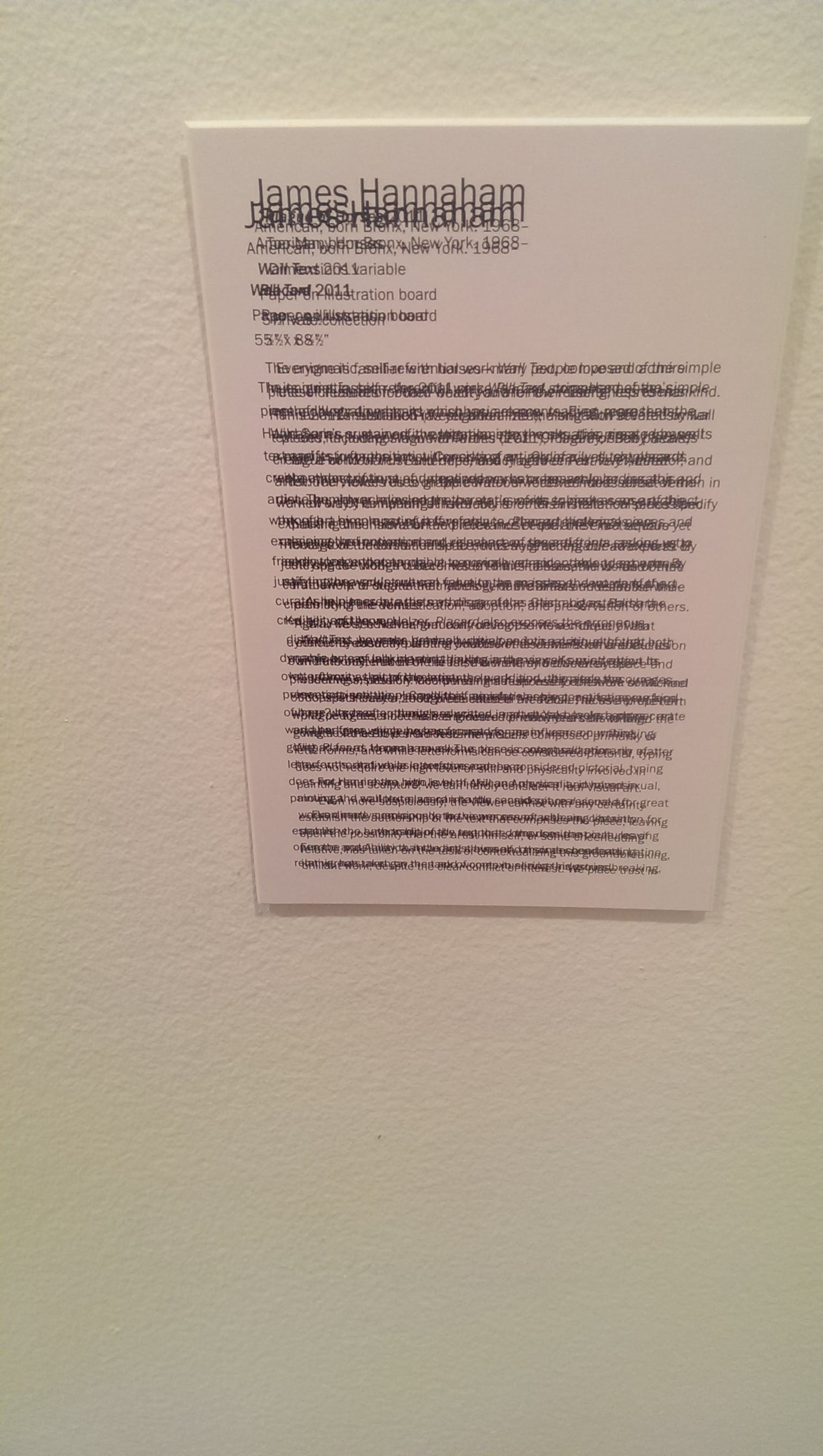 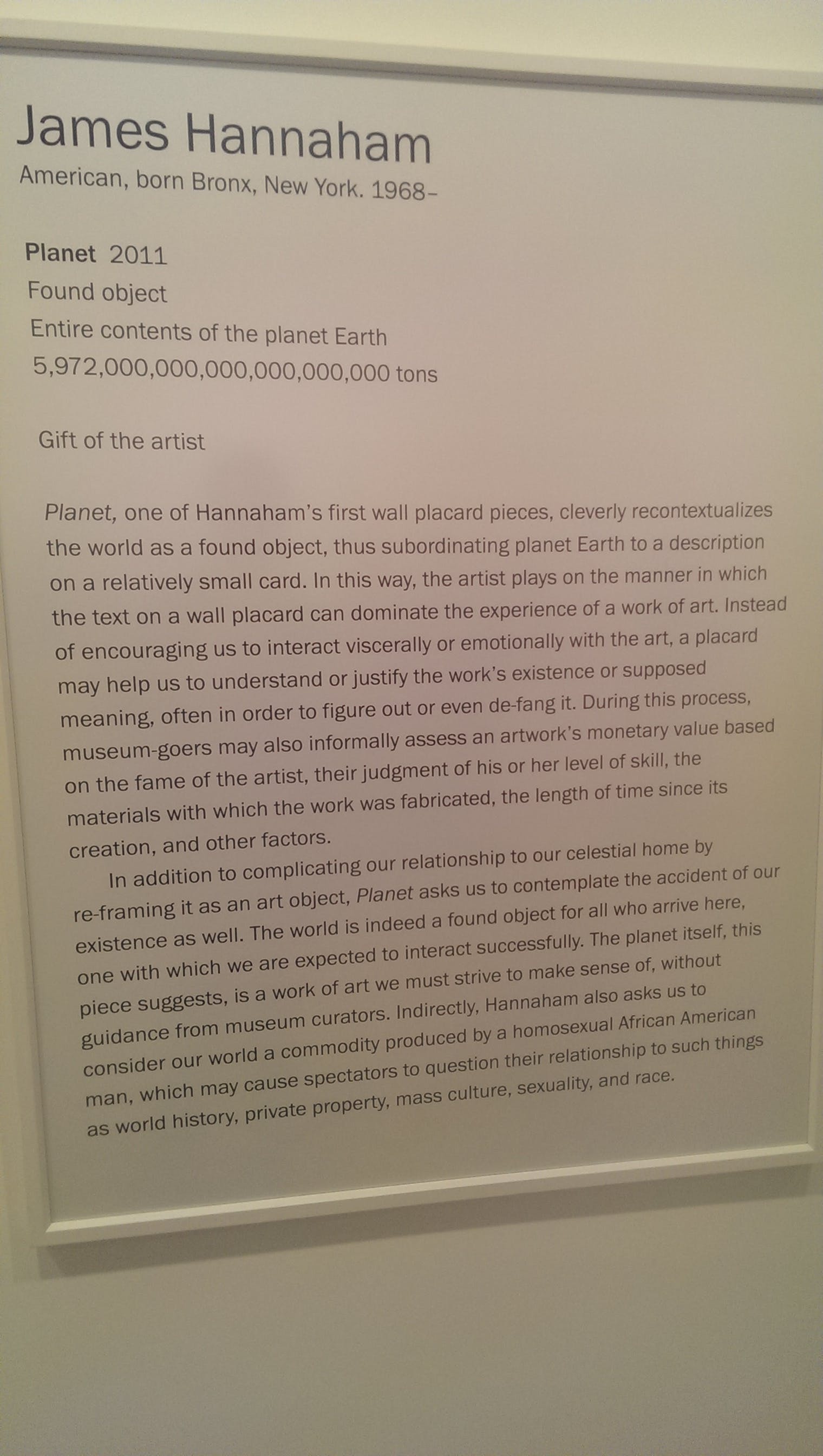 It occurred to me, when squatting down and waddling along the baseboards to read the long strip of text mounted about ten inches off the ground called “Grovel,” that Hannaham’s jokes about “involuntary audience performance” were all the funnier for being completely serious. “I want to fuck shit up,” he said when asked about his ambitions as a writer and artist. And yet “Card Tricks” is more about the absurd exhaustion of certain techniques than forging new ones. “It doesn’t work in an exhibit with other artist’s work,” he remarked, “because people think whatever is to the left of the placard is the art described.” 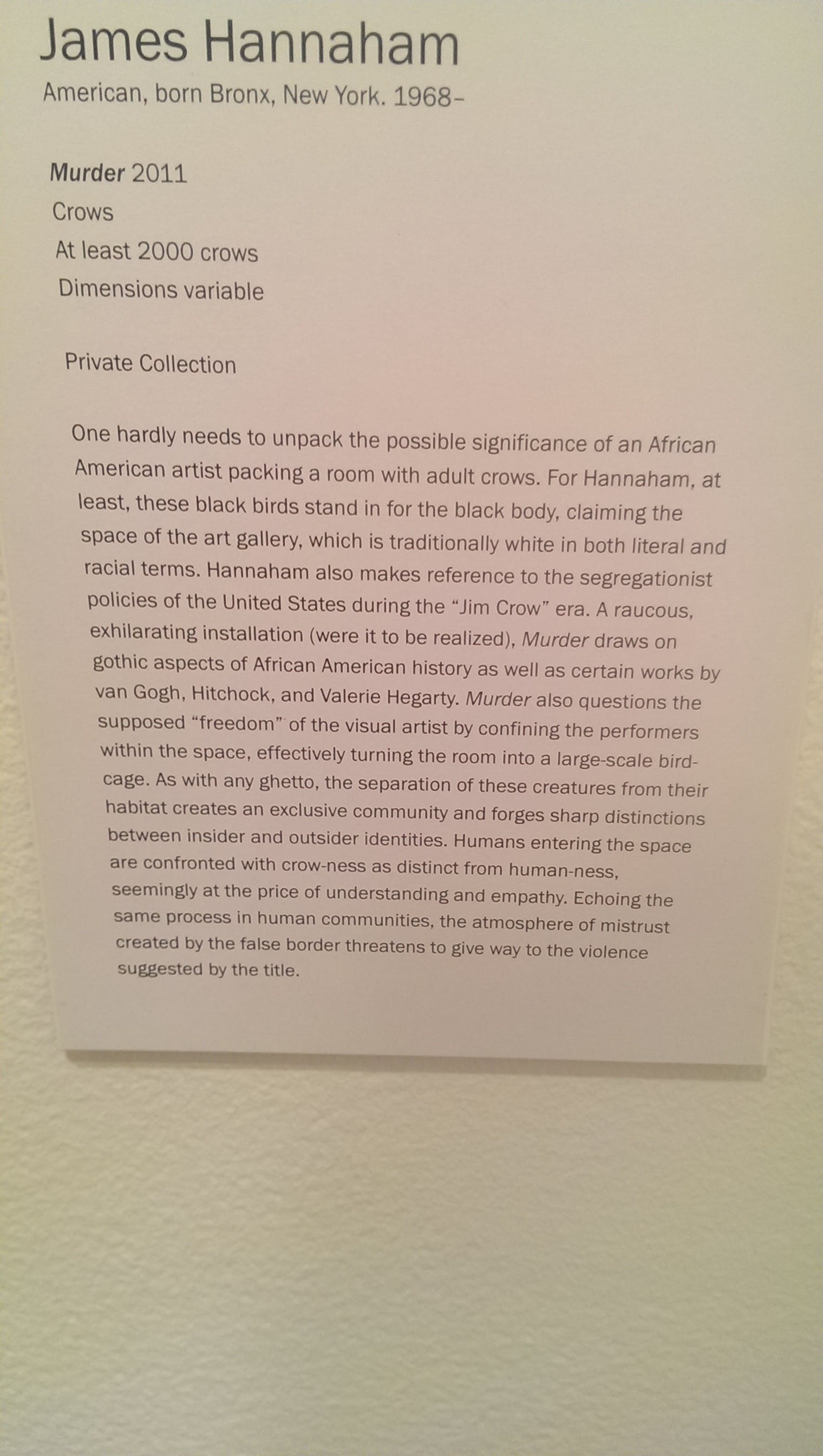 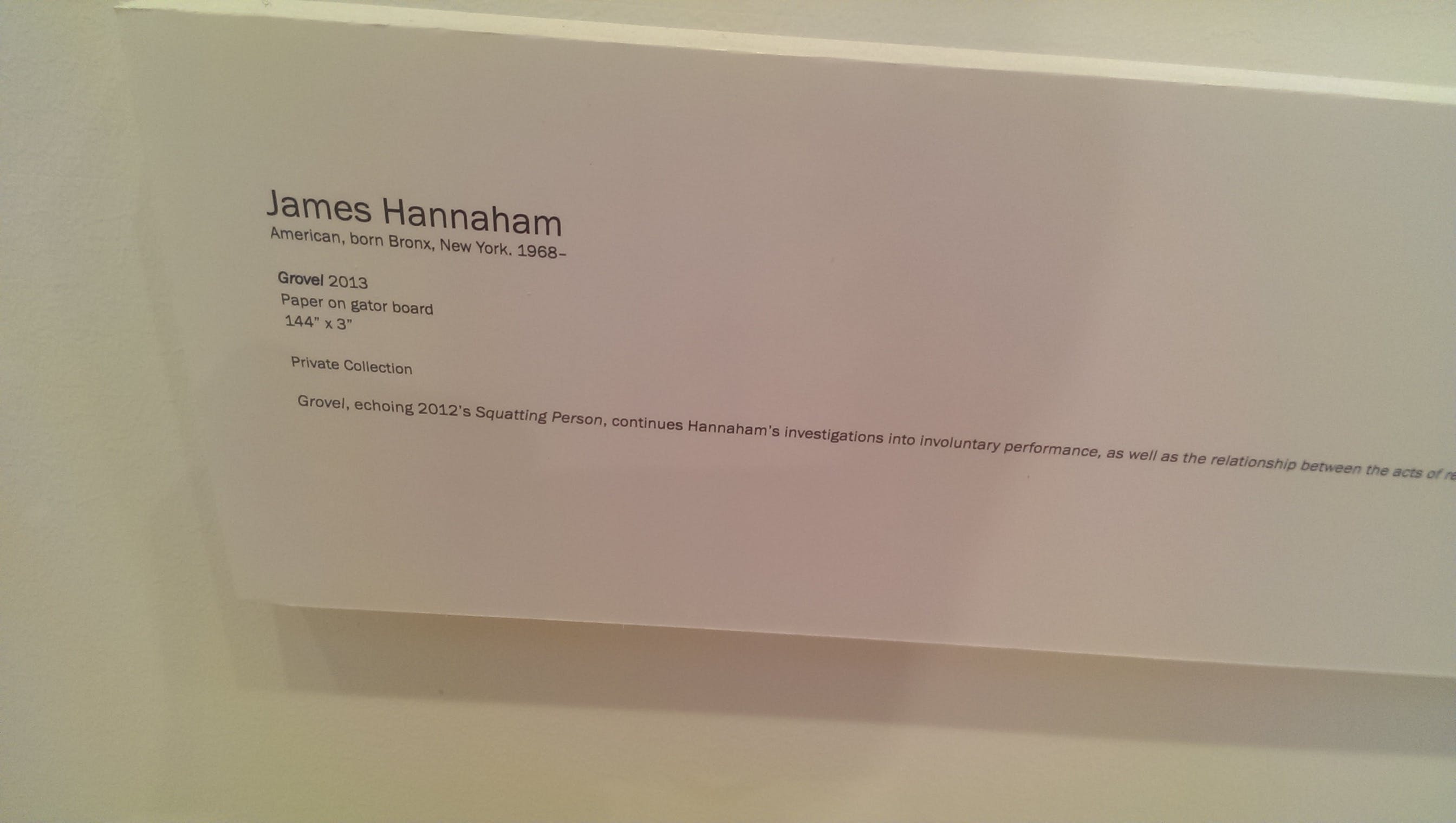 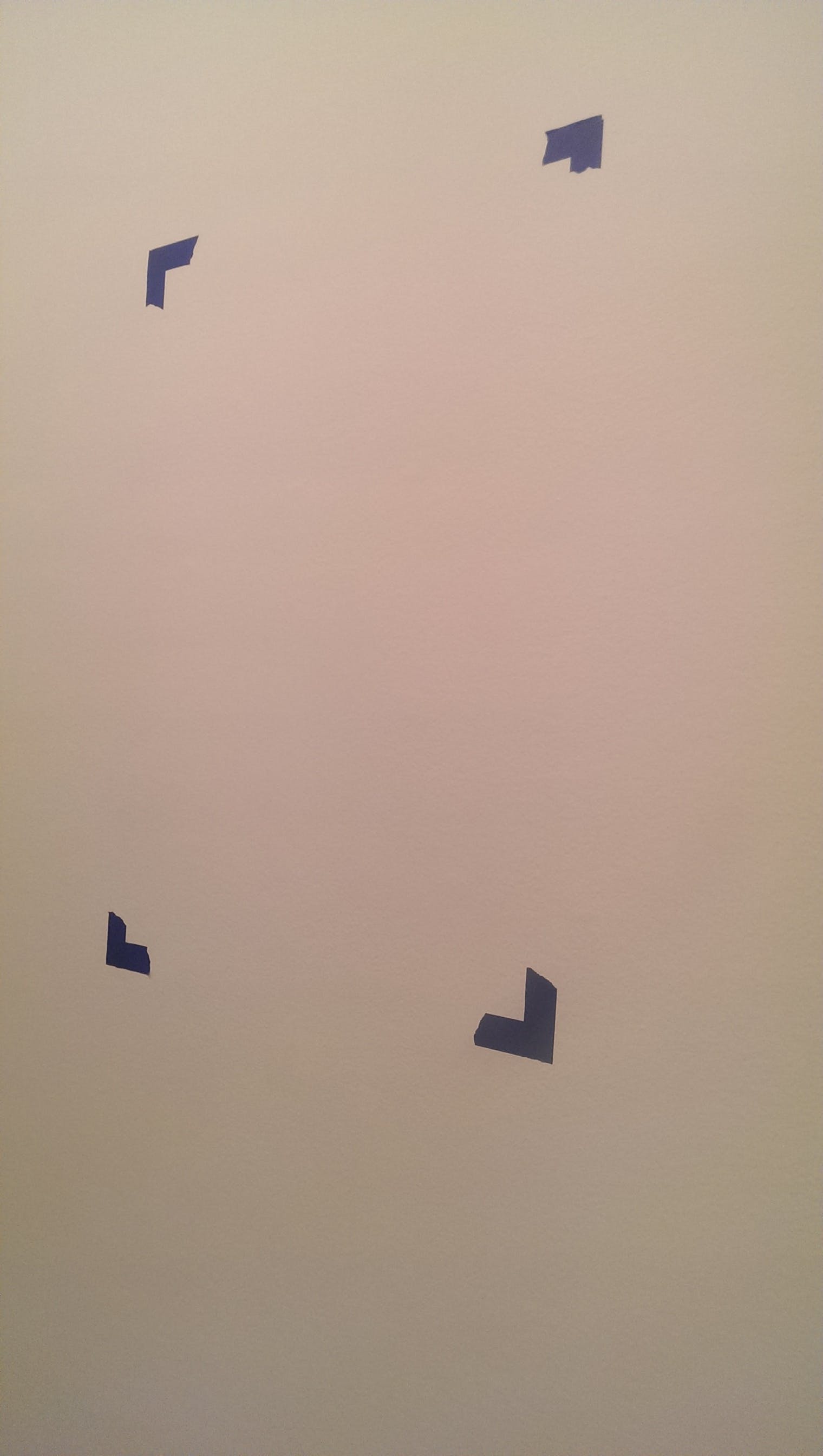 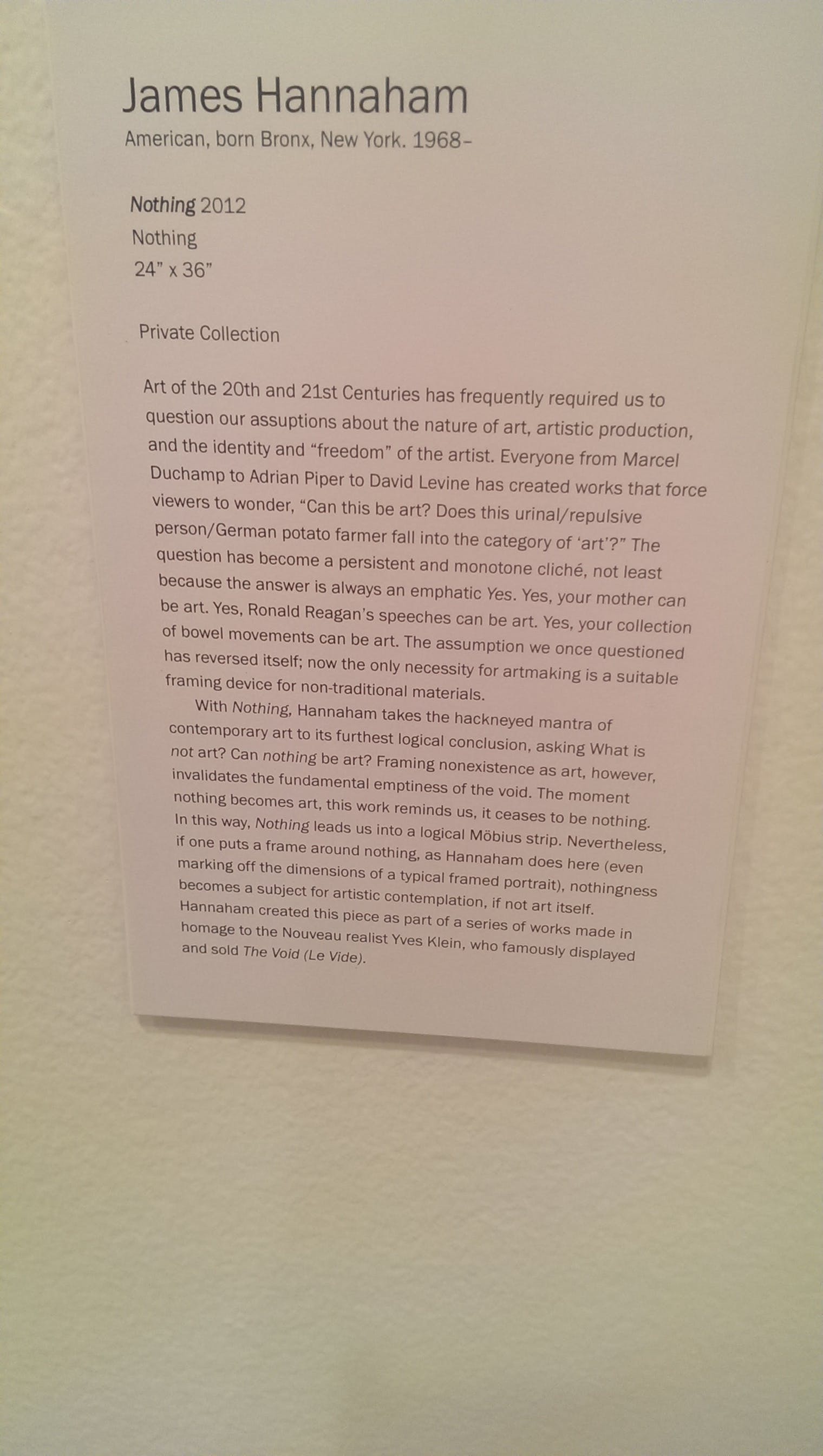 “I thought this stuff would disappear a bit more [in a solo show],” Hannaham said, looking around the gallery. “When we tried this in a much smaller room in Minnesota, though, a guy came up, looked inside, said ‘Are you the artist? I don’t see anything.’ Then he left,” Hannaham added with a chuckle. “I guess it worked there.” Egan, herself an experimentalist, having penned Twitter and PowerPoint fiction, pushed him on whether he felt he had anywhere else to go with this trollish concept. “I hope so,” he answered.

For an indication of where he might be headed, you couldn’t do better than the party’s dessert: 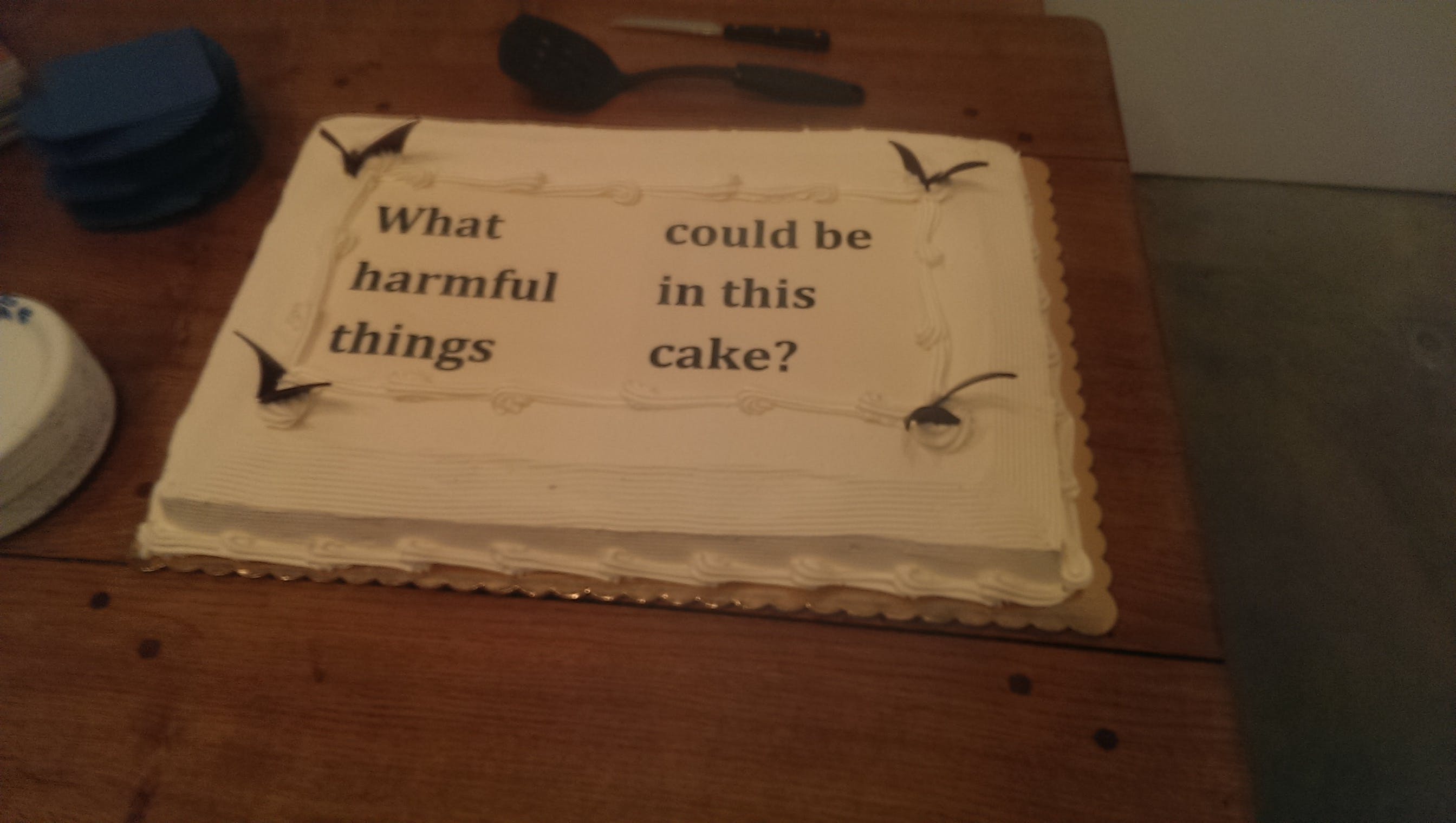