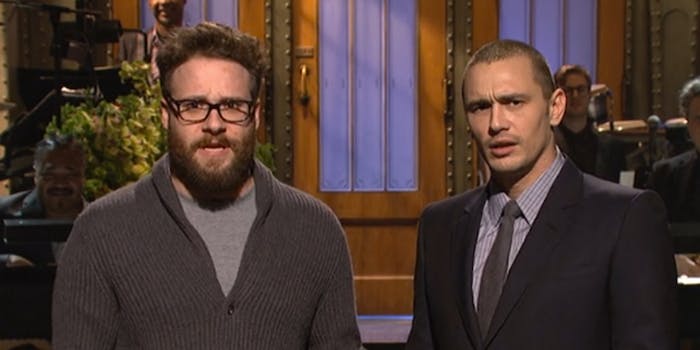 "The hackers did it."

Franco hosted Saturday Night Live last night, and in his opening monologue, he addressed the hack and the personal information that leaked about Sony employees. To get out ahead of any personal info leaking on him, Franco gave the audience his email address and password.

But since this is a promotional bit for their movie, Rogen also appeared on stage to give him some bad news: Photos from their phones were leaked.

Franco also tried to make a joke about his Instagram scandal from earlier this year, employing 2014’s most overused phrase: “The hackers did it.”