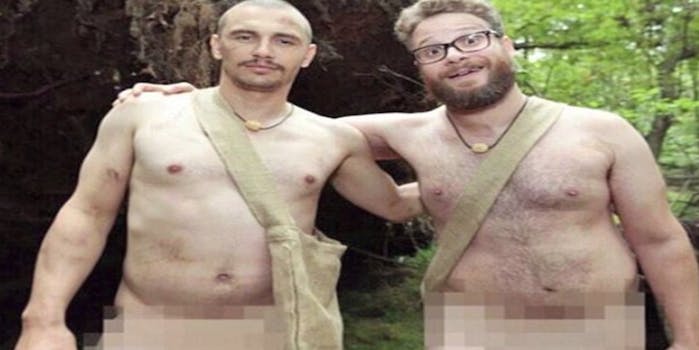 Career chill bros Seth Rogen and James Franco have a movie to promote, and so they will soon be naked on television.

Their film The Interview is set for a holiday release—you may remember that North Korea called the project an “act of terrorism”—and in the meantime the pair decided to take their talents to Discovery’s Naked and Afraid.

The duo actually gets naked and has to rely on itself to navigate out of the wilderness. “Do you know anything about surviving out here?” a satchel-and-nothing-draped Rogen asks Franco. Watch the trailer for it below at the 1:20-mark.