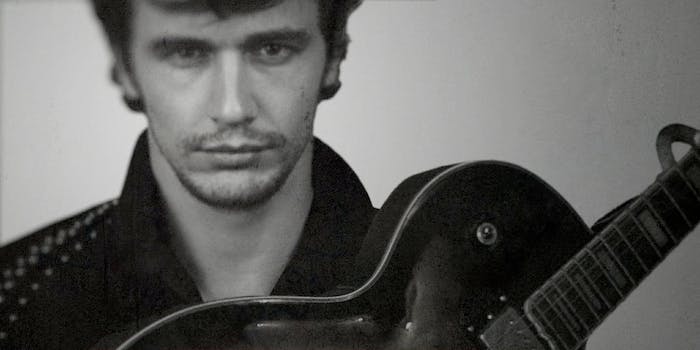 The band's album, 'Let Me Get What I Want,' is slated for a March 18 release.

Actor, visionary, and Internet goofball James Franco has a band. It’s called Daddy, and the New York City-based collective released a single, “Gentle But You Weren’t,” this week.

It’s definitely a Franco project—tastefully conceived, built cool, but with all the philosophical profundity of a politically minded Facebook share.

What do we learn here? For one, I bet these guys have perfectly decorated lofts.

The band’s album, Let Me Get What I Want, is slated for a March 18 release—just in time for South By Southwest, where Sausage Party, an animated film he’s starring in, is scheduled to be screened. Don’t be surprised if the band makes a special appearance at the festival.