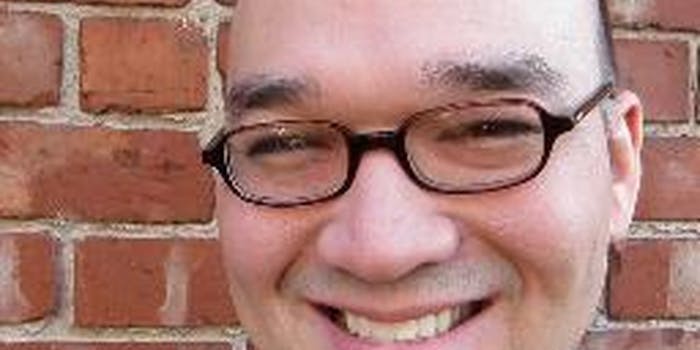 James Erwin's alternate-history story Rome Sweet Rome started as a Reddit post, and now it's in development as a Warner Bros. film. Erwin returned to Reddit Tuesday for an Ask Me Anything interview.

In August 2011, James Erwin, who goes by the Reddit handle PruFrock451, answered a simple question:

“Could I destroy the entire Roman Empire during the reign of Augustus if I traveled back in time with a modern U.S. Marine infantry battalion or MEU?”

The question was posed by fellow redditor The_Quiet_Earth in r/AskReddit. Erwin’s answer, a detailed narrative about the 35th MEU being transported back in time to ancient Rome, won him over 5,000 upvotes and many demands that he continue the story.

Redditors weren’t the only people who wanted to see more. Warner Bros. Pictures soon contacted Erwin with an offer to purchase the rights to his story. Just like that, PruFrock451 was Hollywood-bound.

On Tuesday, Erwin returned to Reddit for an afternoon AMA (Ask Me Anything) session about the status of his project, Rome Sweet Rome (which now has its own subreddit), and his newfound status as a professional screenwriter.

When will we get to see it? (SeanGarrity)

“That’s still a long way off. I completed the first draft of the screenplay and sent it to Warner Brothers in May. They accepted it and – because I am not Quentin Tarantino – decided to give it to another screenwriter to rewrite.

This is a very normal part of the Hollywood system, which is super-collaborative (and cautious, especially with unproven first-time screenwriters). And especially since the studio exec I was working with left WB just before I delivered the screenplay, and someone else with new ideas came on board just in time to get this dumped on her desk.

All that said, it’s still moving forward in the studio system: had a great phone meeting with the studio exec a couple of weeks ago and they recently added a new production team, and these are things they wouldn’t bother doing if they thought it wouldn’t happen.

A lot can still go wrong, and it does for a lot of projects. But if I were a betting man, I’d say a couple of years down the road.”

Can you describe what it was like when things really started to take off, and how you adjusted to the idea that “wow, this is becoming extremely successful, and my life is going to change as a result of this story”? What made it hit home for you? (TheRealCJSmiles)

“Um… that day was insane. I was sitting at my cubicle, labeling screenshots, and loading screen after screen of red envelopes. Interview requests, contacts from producers, Boing Boing, and of course Madhouse, all in a few hours. And I was unbelievably busy just wading through everything for days after.

I don’t think it was until Warner Brothers put their money where their mouth was and my manager and attorney laid out what they were offering that it really, really sunk home that my life was different now.”

What has been your favorite part of doing all of what was involved in the whole process of the screenplay writing? Also, are you back doing your old job or have you been able to move on? (king601)

“I’m still at my day job. Took a few months off but I love the work and I’m good at it, so there you go.

The best part was learning. I got to do something very far outside my comfort zone on a very tight schedule, working in unfamiliar software in an unfamiliar format, learning about two very different cultures while immersing myself in a new industry and a form of narrative writing I’d never attempted.

And I succeeded. Very, very satisfying.”

Will other redditors get credit also? (Kitser)

“I have been very vocal, from the very beginning, about my gratitude and debt to The Quiet Earth (hi, Gordon!), and my appreciation for the Redditors who offered expertise and suggestions.

That said: the story that went to Warner Brothers is not the same as the story posted on Reddit. It has a lot of the same DNA, mind you, and it feels like RSR because it’s my writing.

This is totally okay with me for two reasons. One, the story I was setting up was not super cinematic – hard to get through a lot of what I was gestating in two hours. Two, someday when it’s not going to conflict with what goes up in the movie, what I was setting up can be completed as fan fiction.

What I’m saying is you’re not going to see Day Nine on the silver screen. But you will see it on Reddit someday.”

Do you have suggestion or comments for budding writers when it comes to the issue of dealing with publishers and people in hollywood? Is it even possible to retain creative control of one’s works as they move into the realm of movies, or should that be something that one should just give up on? (Lucretius)

“In movies? Not really, no. It’s like being a photographer. For 99.999 percent of us, if you want to eat, you do it the way the client wants.

You can definitely sell a studio a screenplay, or a treatment, or a novel. But it’s a hard, hard road from that page to the screen. It’s best to start walking it without a lot of illusions.”