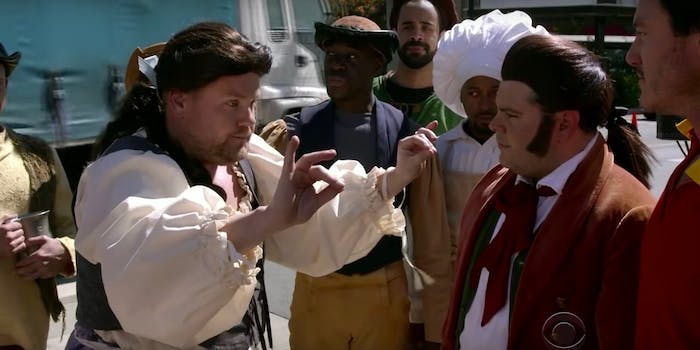 They're taking the show to the streets.

The tale as old as time has been told through book, film, and stage, but how well does Beauty and the Beast fare when it’s taken to the streets?

The upcoming film is the inspiration of James Corden’s latest crosswalk musical behind his CBS studio, and he’s got the star power for it. Dan Stevens, Luke Evans, and Josh Gad all reprise their live-action roles with plenty of gusto (Evans), camaraderie (Gad), and reluctance (Stevens). But Corden, taking over the role of Belle, is having the most fun of them all.

As fun as it looks, we can’t imagine any of the drivers caught in the crossfire of the performance—and stuck in traffic because of it—feel the same way.