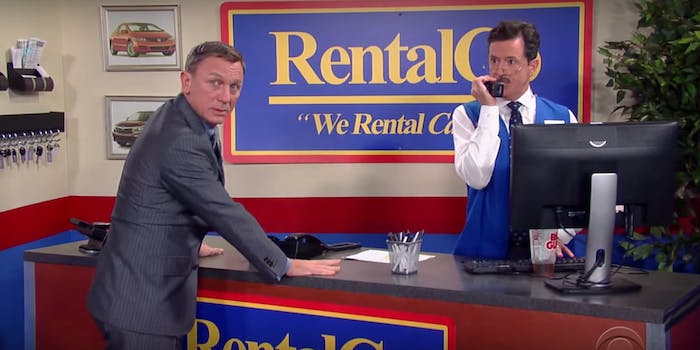 Daniel Craig‘s Bond films have been praised for their gritty realism, but as this skit from The Late Show proves, James Bond should never be too realistic.

Stephen Colbert enlisted Daniel Craig to film a lost scene from Spectre in which Bond tries to rent a car in the middle of a chase scene. It doesn’t go well for him. After all, would you rent anything to a guy who destroys every vehicle he touches? Heck no.

Watch out for Craig cracking up halfway through the sketch. We don’t blame him; acting opposite Stephen Colbert must be a blast.